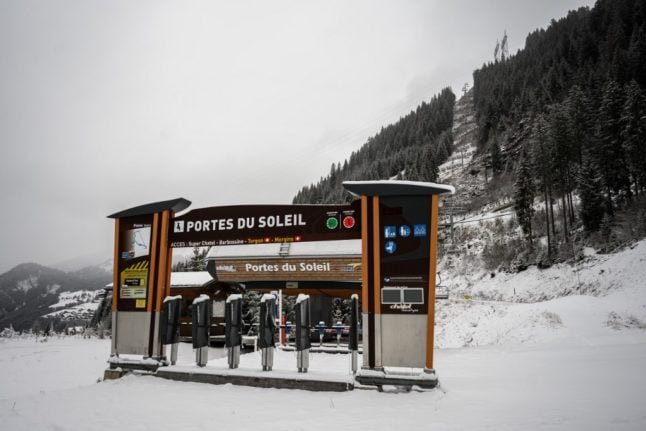 afp
President Emmanuel Macron made the announcement on Tuesday.
On Wednesday morning French PM Jean Castex added announced that French residents heading abroad to ski would have to self-isolate for 7 days on return and that border checks would be stepped up in certain areas.
“The objective is to prevent French from becoming contaminated” abroad, said Castex.
Downhill skiing is effectively banned in France for the season to help contain the spread of Covid-19 after the government said last week that ski lifts would remain closed until January, even though resorts could otherwise operate.
Slopes are open in neighbouring Switzerland, tempting French winter sports lovers to cross the border from December 15, when the current partial lockdown is lifted.
'The Swiss way is right': Switzerland defends decision to keep ski resorts open
“If there are countries that keep their resorts open, there will be controls to dissuade the French,” Macron told a news conference.
This was to avoid “creating a situation in which there is an imbalance with stations in France”, he said.
Germany and France have called for an EU-wide ban on skiing over Christmas, against strong opposition from Austria.
Italy and Spain have yet to decide. Switzerland — not an EU member, though it has strong ties to the bloc — has ignored calls to fall into line, much to the frustration of French officials.
READ: Which ski resorts are open in Switzerland and which are expected to open soon?
“In Switzerland, we can go skiing, with protection plans in place,” Swiss Health Minister Alain Berset said last week.
France's ski resorts have been up in arms over the ban, saying the weeks around Christmas and New Year are crucial for their survival since they account for up to a quarter of their annual revenues.
France's winter sport sector says it generates some 11 billion euros ($13 billion) in revenues per year and employs 120,000 people during the season.

PARTNER CONTENT
93 percent of this MBA’s graduates have doubled their salary
Url copied to clipboard!