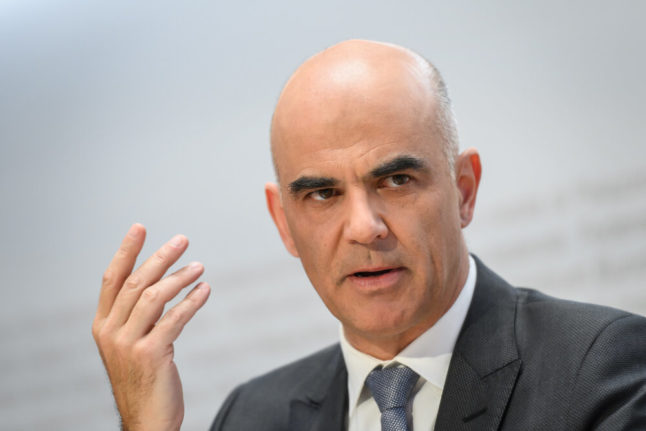 “We can see in the statistics where we should expect new measures,” said Berset in a thinly veiled warning to the German-speaking cantons of St. Gallen, Schwyz, Thurgau, Solothurn  and Baselland, where coronavirus numbers have been increasing recently.

The Federal Council is going to convene on Tuesday to assess whether it needs to impose new restrictions at the federal level. Any new measures would be decided on December 11th, according to the website 20 Minuten.

Berset said that the cantons should react immediately “as long as numbers increase or stagnate at a high level”, adding that “there are regions where things are going in the wrong direction.”

Berset also laid out recommendations for the holiday season.

Significantly, skiing will still be allowed.

But the number of passengers in closed ski cabins will be lowered to two thirds of the usual capacity.

Also, while skiing is permitted in Switzerland, unlike in its neighbouring countries, Berset said resorts can open from December 22nd only if authorised by cantons.

The federal government will grant this authorization to cantons  if the epidemiological situation allows it, and depending on hospital capacity in a given canton, as well as  the ability to undertake testing and contact tracing.