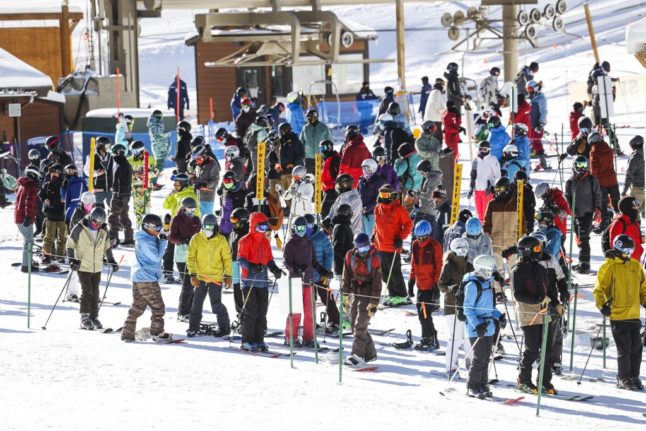 No crowds are allowed in front of ski lifts. Photo by AFP

The photo, posted on Facebook by a famed Valais chef, Didier de Courten, depicts a large, unorganised crowd swarming around the entrance to a ski lift near Verbier.

De Courten wrote that while restaurant owners in Valais had to close their establishments to curb the spread of coronavirus, “it is scandalous to destroy our efforts by inappropriate behaviour” at ski lifts.

In response to de Courten’s photo, Christophe Darbellay, president of Valais’ Council of State, told the media that “when the whole of Europe is watching us, it is unacceptable that Verbier was unable to organise correct queues, with barriers, markings on the ground and strict reminder of the rules”.

Laurent Vaucher, director of Verbier’s ski lift infrastructure admitted that on Saturday, the location’s capacity was exceeded “for about 30 minutes. We could no longer correct the situation at the time. The damage was done”.

Switzerland is the only country in Europe to allow skiing amid the pandemic, but authorities said resorts must rigorously apply strict protection plans and capacity limits.

“The aim is to prevent the spread of the virus in tourist areas”, Health Minister Alain Berset said on Friday.

These measures include regulating queuing in such a way that it “runs in an orderly manner and without major clusters” — a rule that was broken in Verbier on Saturday.

They include limiting the number of passengers in closed ski cabins to two thirds of the usual capacity.

And resorts can open to skiers only if authorised by cantons.

The federal government will grant this authorisation only if the epidemiological situation allows it, and depending on hospital capacities in a given canton, as well as the ability to undertake testing and contact tracing. 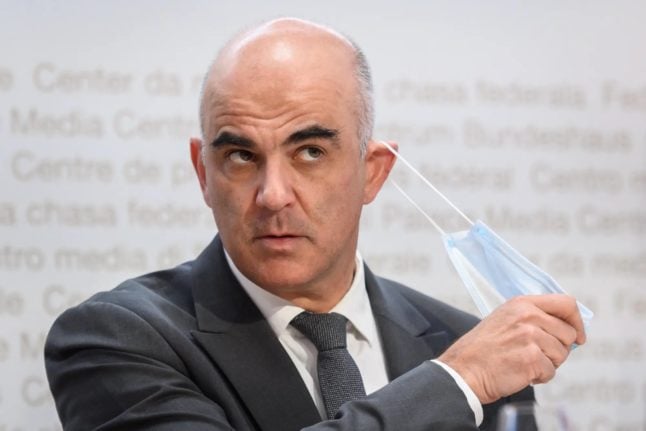