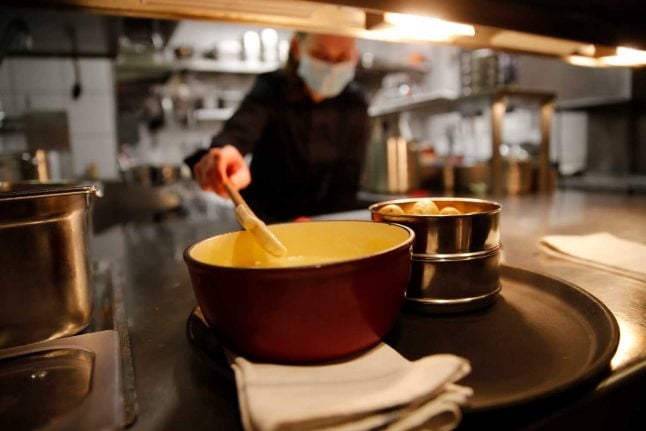 Note: These measures are currently out of date. For the new measures, click here.

In a press conference on Friday, December 11th, the Federal Council outlined new rules that will go into effect on December 12th.

The measures, which will be in effect until January 22nd, are being implement due to the worsening of the epidemiological situation in Switzerland.

“Our hospitals and our health workers are being stretched to the limit. We couldn't wait any longer.”

Health Minister Alain Berset added that the restrictions are put in place “to avoid total shutdown”.

While most of the measures have federal effect, there is scope for cantons with a lower reproduction rate (R-Rate) to put in place looser restrictions.

Note that while the government is debating putting in place stricter measures which will apply in the post-Christmas period, these have not yet been set in stone.

How many people may I meet with?

Up to five people from two households can gather for private events, with exceptions for celebrations for up to 10 people from December 24th to 26th, and on December 31st for Christmas and New Year festivities.

Sports and cultural activities will be limited to five people, and museums and will have to remain closed Sundays and public holidays.

Public demonstrations are banned, except for religious celebrations.

More information about the rules in place over Christmas can be found here.

What about bars, cafes and restaurants?

Restaurants and bars will have to close at 7pm, instead of 11pm was previously the case.

An exception will be made for December 24th and 31st, when they can remain open until 1am.

However, restaurants and bars in some cantons will be allowed to open until 11pm at the latest.

This will be where the canton's R-Rate is below one for seven consecutive days – and – the number of new infections per 100,000 people remains below the Swiss average.

If this is the case, the cantonal authorities can decide to allow bars and restaurants to open later – although they can also decide not to.

Currently, seven cantons meet this threshold, the majority of which are in French-speaking Switzerland.

Geneva, Vaud, Fribourg, Neuchâtel, Jura and Valais – which have been able to lower their contamination rate due to a raft of measures that had been taken in November, along with Obwalden.

Currently, Vaud, Neuchâtel, Friborg, Geneva and Jura have decided to allow their bars and restaurants to open until 11pm, while Valais and Obwalden have allowed bars to remain open until 10pm.

Note: These measures are currently out of date. For the new measures, click here.

Note: This information is correct as at December 16th, 2020. Please keep in mind that this article, as with all of our guides, are to provide assistance only. They are not intended to take the place of official legal advice.