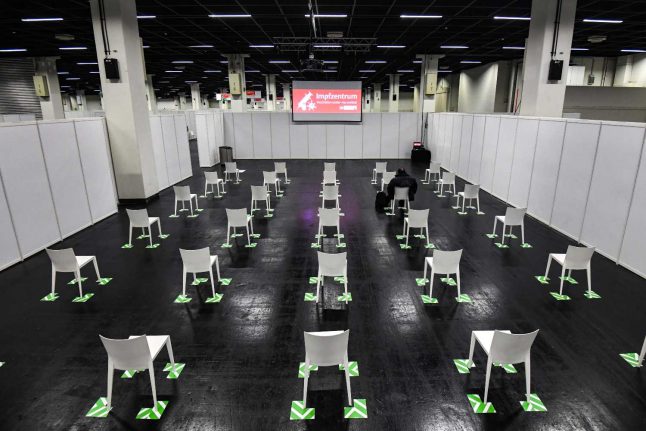 While the official mass vaccination scheme is set to start on January 4th, some cantons started the vaccination process as early as the 23rd of December.

As at January 7th, 2021, only one canton is yet to start its vaccination campaign – the de facto capital of Bern, running contrary to claims that politicians make sure the capital is looked after first.

The other 25 cantons have already started vaccinations of the population – here's when vaccinations launched in each canton.

If you want to register to be vaccinated – or to see if you're classified as 'high risk', check out the following link.

READ MORE: How do I get vaccinated for the coronavirus in Switzerland?

This has been confirmed.

Several other central Swiss cantons hope to start vaccinations on the same day as well, including Uri, Schwyz, Zug and Obwalden.

Nidwalden also started on December 23rd, with GPs rather than vaccination centres the preferred distribution method.

EXPLAINED: What you should know about Switzerland's Covid-19 vaccination rollout

Basel City has confirmed it started vaccinations on December 28th.

In the first phase of Basel City’s rollout, people aged 65 and over and residents of nursing homes will be vaccinated.

Valais is another canton where vaccinations started on December 28th, along with Geneva.

Vaud was originally set to be one of the last cantons to start vaccinations, with a date of January 11th set.

At the last minute however, they moved things forward to December 30th.

January 4th is the date on which the federal government said vaccinations would be rolled out across the country.

Several cantons kicked things off on this date, including Ticino, Zurich (only over 75s), Graubünden, Glarus, Solothurn, Neuchâtel and St Gallen have planned to start vaccinations on January 4th.

Jura has also started on January 4th, but that this was limited to sparse vaccinations in retirement homes, with the cantonal vaccination centre not set to open until January 18th.

Aargau will start its vaccination plan one day after the federal date, reports Watson.

The first centres will open in the Aarau and Baden canton hospitals, while mobile teams will head out to start vaccinations at retirement homes.

The defacto capital of Bern will start vaccinating on January 11th. Watson reports that the centres of Bern-Insel, Bern-Wankdorf, Tavannes, Thun and Interlaken are set to open on this day.

After that, the vaccination centre in Burgdorf will open on January 14th, and those in Biel and Langenthal will start on January 18th.

In Langnau im Emmental the time will come on January 25th.