From beer at gas stations to paternity leave, here's what's set to change in Switzerland in 2021.

2020 has not been a great year by all accounts. 2021 brings with it hope of something better – and a number of changes.

Paternity leave will go into effect on January 1st.

For the first time, fathers in Switzerland will be able to be home with their newborns.

The 10-day paternity leave, which was accepted in the September 27th referendum, will come into force on January 1, 2021.

The leave should be taken in the six months following the birth, either together or in the form of isolated days.

Also from January 1st, a new law goes into force, allowing parents to benefit from 14 weeks of paid leave to take care of a seriously ill child.

After a 50-year battle, gas stations in Switzerland will again be allowed to sell alcoholic drinks, reports 20 Minutes.

The sale of alcohol was banned in Swiss gas stations in 1964, when the country introduced a blood alcohol limit for drivers.

As of 2021, cardboard will be collected twice as often in Zurich as in 2020, with pick ups to take place twice a month.

Starting on January 1st, 2021, new regulations regarding traffic and road signs will be enforced.

If a motorway lane is closed, the zipper principle of letting vehicles driving on the cut lane fall back on the open lane will apply.

Bikers and people on motorcycles will be allowed to turn right on red light, if it is safe to do so.

More detailed information is available at the following link.

EXPLAINED: What changes on Switzerland's roads in 2021?

Pensioners and recipients of disability insurance will get more money starting on January 1st — the minimum pension goes from 1,185 to 1,195 francs per month.

The maximum pension is increased by 20 francs to 2,390 francs. Couples will receive a maximum of 3,585 francs.

The radio / television license fee will drop from 365 to 335 francs per year. People who receive social welfare and disability benefits remain exempt from the payment. 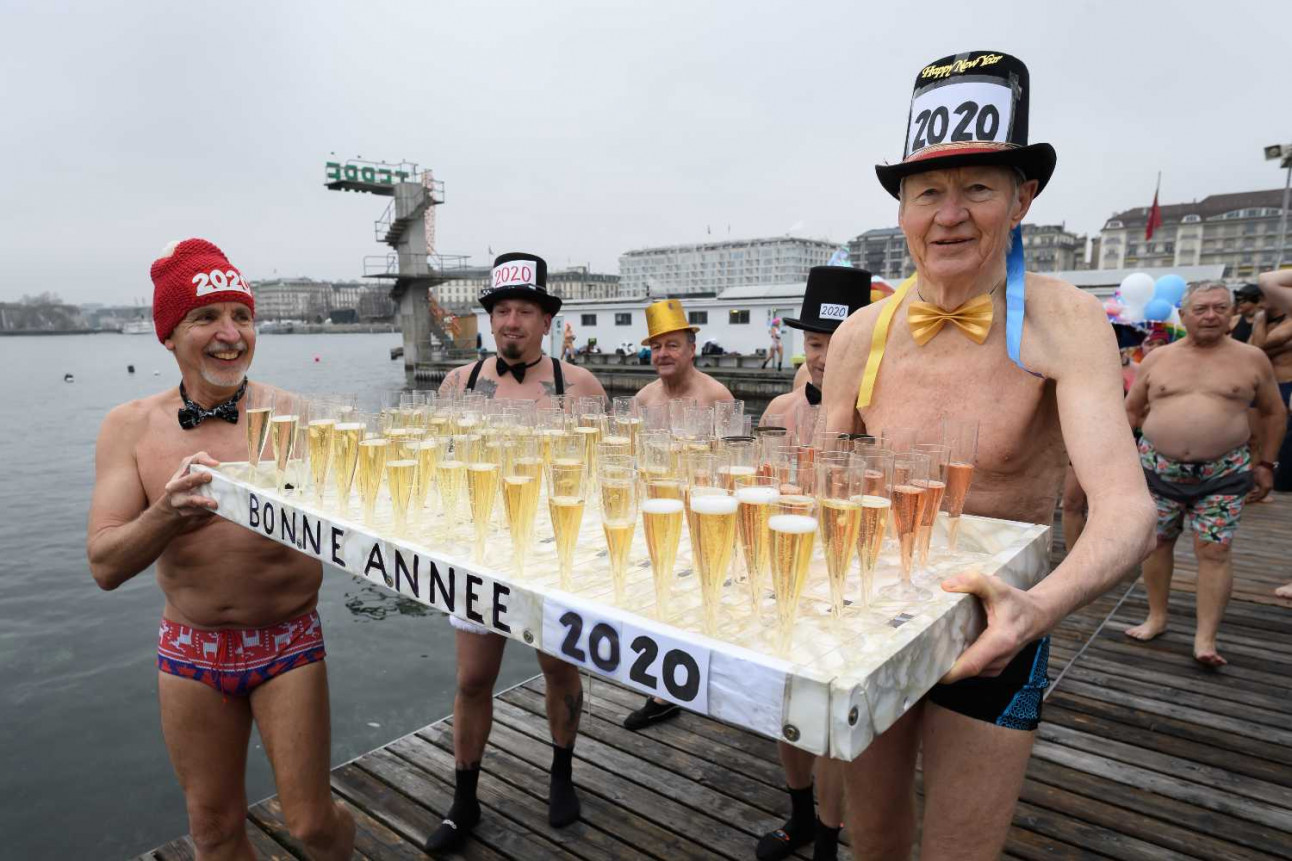 This picture was taken on January 1st, 2020. Looking back, it was the highlight of 2020. Photo: FABRICE COFFRINI / AFP

March Popular initiative entitled ‘Yes to the ban on hiding the face’ will be voted on nationally.

Created by the Swiss People’s Party (SVP), the ban on hiding one’s face would apply in all places accessible to the public.

Exceptions would be made for health or safety reasons or local customs.

There will be a number of changes to tax in Switzerland in 2021.

The cross-border Léman Express — the project of Swiss Federal Railways and France's national train system SNCF which comprises a network of 45 stations and 230 kilometres of track extending beyond Geneva into Vaud as well as France — will resume normal operations in April.

Launched in December 2019, the train couldn’t maintain its regular schedule due to the strikes in France, the lack of trained personnel, as well as the Covid-19 pandemic.

There will also be a range of changes to Switzerland's rail timetable.

Switzerland to offer compensation for delayed trains from 2021

From next year, passengers will be entitled to compensation for delays on public transport in Switzerland.

A new set of passenger rights will come into effect on January 1st, 2021.

Under the rules, travellers will be entitled to compensation for delays of over an hour.

READ: Switzerland to offer compensation for delayed trains from 2021

If the delay is longer than two hours, passengers will be entitled to 50 percent of the fare.

Kids cycle free (on the pavement)

People under the age of 12 are allowed to cycle on the pavement as of 2021.

From 2021, 16-year-old kids are allowed to ride motorbikes up to 125cc – a reduction of the minimum age of two years.

Previously, people could only ride motorbikes from 18 years of age – but Switzerland will change the law in 2021 to fit in with EU regulations.

Cyclists can turn right on a red signal

From 2021, cyclists can turn right on a red signal – provided the traffic light has a sign which indicates this is allowed.