Lugano has lots to offer its residents. Photo by AFP
The Local
[email protected]
@thelocalswitzer


What are the advantages of living in Geneva compared to Zurich or even Lugano rather than Bern? A new study sheds some light on which Swiss cities are the best to live in based on different criteria.

A new study has measured and compared the well-being of residents of nine Swiss cities.

“Quality of life” is a broad concept, and the Federal Statistical Office (FSO) used 10 different criteria to assess how well Basel, Bern, Geneva, Lausanne, Lucerne, Lugano, St. Gallen, Winterthur and Zurich rate in the most important aspects of daily life.

It compared and rated the nine cities on such categories as income and jobs, housing conditions, health, education, environmental quality, personal security, civic engagement, work-life balance, mobility, culture and leisure, as well as infrastructure and services. 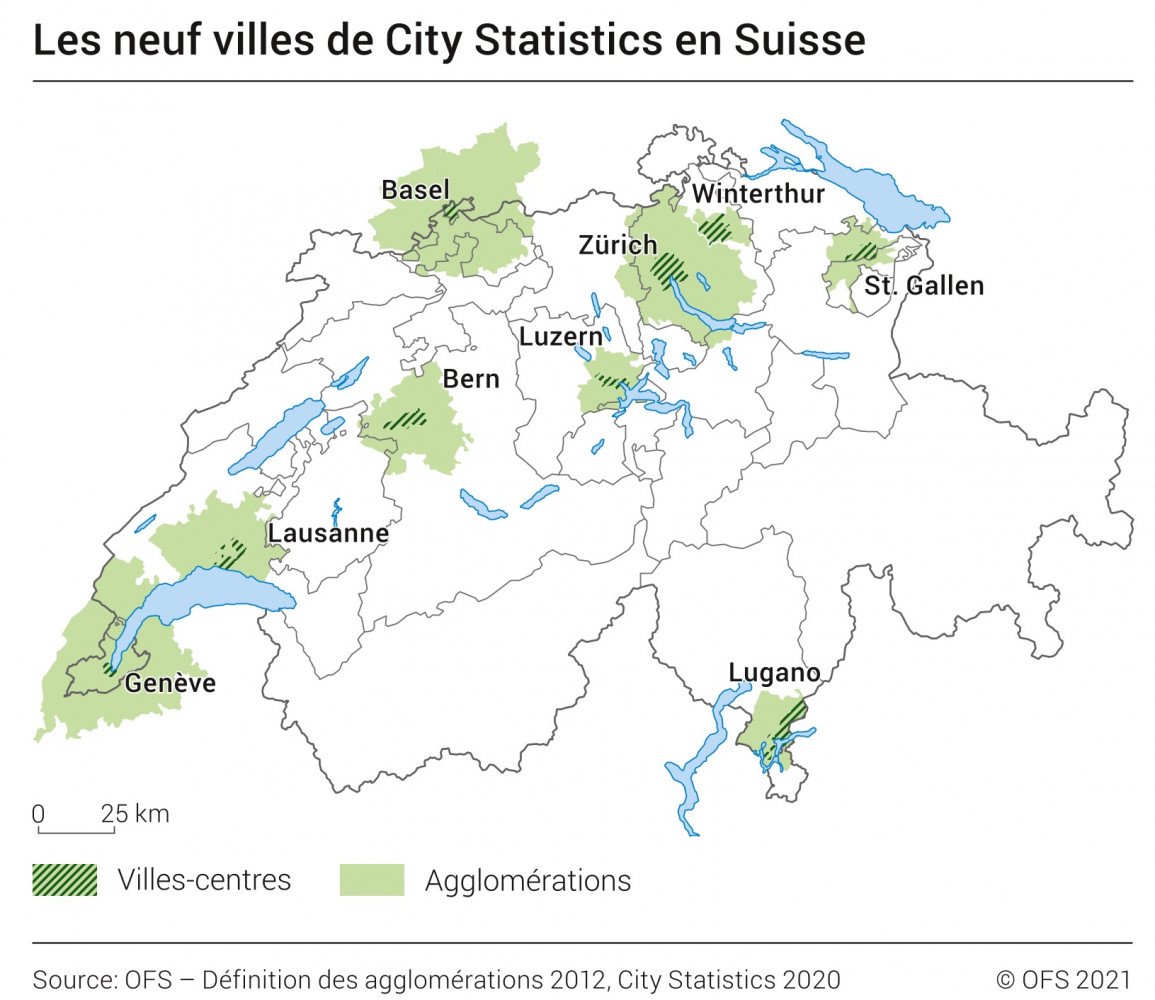 In general, Swiss-German cities performed better than their French-speaking counterparts. But overall, Lugano ranked highest in most categories.

Bern is the winner in the ‘income and jobs” category

Switzerland’s capital ranked in the first place in terms of enabling residents to “cover their basic needs, provide opportunities, allow people to accumulate wealth, and help them to be more resistant in times of economic crisis”.

Lucerne and Zurich also did well in this area.

READ MORE: Cost of living in Switzerland: How to save money if you live in Zurich

Lugano has the best housing conditions

However, the Swiss-French cities of Geneva and Lausanne ranked last, with housing space of about 35 square metres.

In this category, which includes the number of doctors per 1,000 people, the Swiss capital wins by far. On the other hand, Lugano and Winterthur are at the bottom.

Zurich, Lausanne and Geneva are ‘most educated’

When it comes to the number of residents between 25 and 64 years of age with the highest completed education or training, the Swiss-French cities prevail.

Lugano is best for environmental quality

The city scores highest on its air quality, as well as the prevalence of green, wooded and recreational areas.

Basel is in the last place.

Geneva has the highest number of car accidents

In terms of people who were seriously injured in traffic accidents per 10,000 inhabitants, Geneva is in the first place.

But Zurich, Bern and Winterthur have the highest number of fatalities.

Civic engagement is highest in Zurich

Switzerland’s largest city has the highest number of voters participating in federal referendums and elections to the parliament.

Lausanne has the lowest.

Lugano ranks in the first place for work-life balance

The study measured the length of the commute from home to the workplace and found that, with just over 30 minutes on average, Lugano’s rating is highest, while Zurich’s (over 40 minutes) is lowest.

Lugano is also best in the mobility category

The price of the monthly public transport ticket — about 65 francs — is lowest in this Ticino city. The highest is in Zurich and Winterthur (85 francs).

Another ‘best’ for Lugano: culture and leisure

In terms of the number of museums, theatres and cinemas per 100,000 inhabitants, Lugano tops the chart. Geneva is in the last place.

But Geneva is on top for services and infrastructure

It is the leader in terms of accessibility to services: medical offices, grocery stores, pharmacies, schools and the post office are on average from 180 to 500 metres fron one’s place of residence.

You can see the ranking and all the pertinent details here. My friend
Which supermarket is the cheapest?
To where can I got with the negotiation of...
Moderna vaccination side effects costs
Withholding Tax
View all discussions