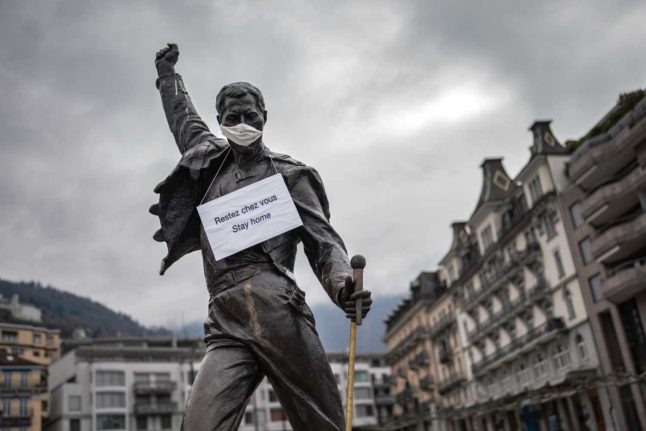 Organisers said they had reached a deal with Qello Concerts by Stingray for livestreaming, allowing live events and digital projects to be combined.

“Streaming is a crucial medium for securing the continued success of the festival: if people can't come to the Festival, we will bring it to them,” said Nicolas Bonard, head of Montreux Media Ventures.

Taking place in the idyllic Swiss town of Montreux on the shores of Lake Geneva, the summer event has over the past half century become a magnet for big names and rising stars.

The jazz label has been retained despite an  expanding repertoire over the years, bringing in the likes of Nina Simone, Johnny Cash, Deep Purple, Prince and Nick Cave.

The festival had already in 2019 begun moving towards more of a hybrid model with increased focus on digital content.

But that strategy was accelerated significantly by the Covid crisis, which forced the first cancellation in the festival's history.

Lionel Richie, Brittany Howard, Lenny Kravitz and Black Pumas were among the artists who had been booked for last year.

However the festival “continued to keep its lights on”, organisers said, pointing to several initiatives including the free online publication of 50 legendary concerts.

The programme for this year's festival, expected to take place July 2-17, will be published in coming weeks.