Though the coronavirus pandemic is no laughing matter, all of us need some comic relief from time to time. With that in mind, The Local compiled some jokes and funny quotes about Switzerland for our readers’ enjoyment.

The Swiss have a reputation for being staid and humourless, but this stereotype - like many others in Switzerland - is not necessarily true.

Whether making the jokes themselves or hearing them from someone else, (most) Swiss people love a laugh at their own expense.

Don't believe us? Here are some jokes that even the Swiss will laugh at.

“What's the best thing about living in Switzerland?”

A man carrying a big bag walks into a Swiss bank.

He goes up to the window and whispers to the teller: "I have one million francs in this bag."

The teller says: "There's no need to whisper, sir. Poverty is nothing to be ashamed of."

The German Kaiser asked the Swiss ambassador in Berlin: "What would Switzerland do if I invaded with 500 000 soldiers?"

NATO was planning to hold military exercises in Switzerland and asked the Swiss Army to borrow their tanks.

“Sure,” a Swiss General said. "Is one enough or do you need all two?”

An English boy, a French girl and a Swiss girl were discussing where babies come from:

“It’s the stork”, said the English boy, “he brings them in a sling”.

“Babies in France are found among the cabbages”, said the French girl. “How is it in Switzerland?”

“It depends on the canton”, the Swiss girl replied.

Two members of the Swiss army got into a knife fight...

Why is Swiss cheese the official dairy product of the Vatican?

It's the holiest of cheeses. 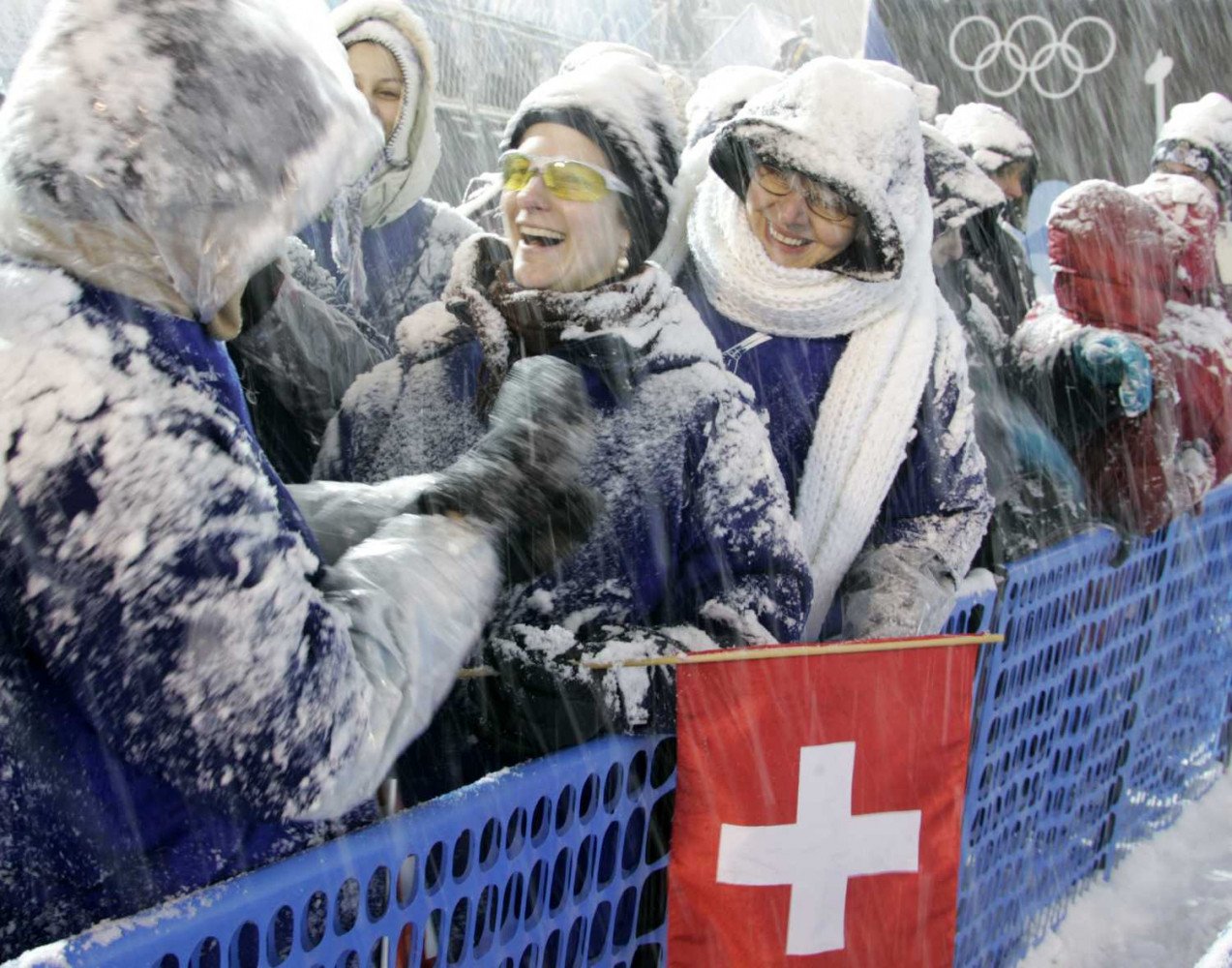 A group of Swiss enjoy a joke and the nice weather. Image: AFP

Question: Where is the capital of Zimbabwe?

And you know you're Swiss when...

You spit out Belgian chocolate in disgust.

You make reservations to see a movie.

You're surprised when you're not delayed by roadworks.

You think spontaneity is OK, but only if it's planned.

You talk to your garden gnomes.

You make an appointment to do your own laundry in your own apartment building.

And here are some funny things famous people said about Switzerland.

“Switzerland would be a mighty big place if it were ironed flat.” — Mark Twain

“I don’t like Switzerland; it has produced nothing but theologians and waiters.” – Oscar Wilde

“Switzerland is a curst, selfish, swinish country of brutes, placed in the most romantic region of the world.” – Lord Byron

“Switzerland is a country where very few things begin, but many things end.  — F. Scott Fitzgerald

“Switzerland is a fine place to be born and die in, but what is there to do in between?” — Source unknown

Didn't find any of these jokes funny? Well congratulations, your integration is complete!