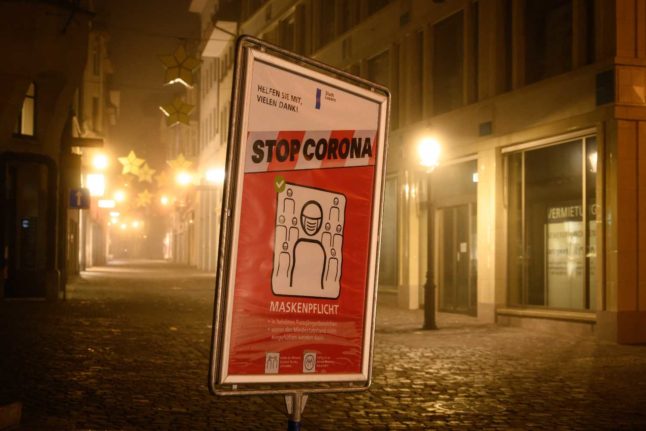 Despite declining infection rates across Switzerland, concerns about coronavirus mutations look certain to see an extension of the country’s lockdown beyond February.

More than 6,000 infections of a mutated form of coronavirus have now been detected in Switzerland.

According to official government figures, 2,381 of those mutations are of the British variant, along with 96 of the South African variant.

Three cases of the Brazilian variant have been detected in Switzerland.

A further 3,526 are of an “unknown origin” according to the Swiss government.

Where are Switzerland’s coronavirus mutation hotspots?

The west of the country has been hardest hit by coronavirus mutations.

In total, 707 variants of an ‘unknown origin’ have been discovered in Geneva, along with 197 in Vaud and 189 in Valais.

Switzerland’s Federal Office of Public Health said that while all possible effort was being put into tracking down the variants, not all cantons had set up infrastructure to track the variants – meaning that country-wide information is incomplete.

The Brazilian variant has been detected in Zurich and Geneva.

New figures from the Geneva University Hospitals (HUG) show that 80 percent of all Covid cases in the canton can be traced back to new variants.

This is up from just 60 percent in the middle of last week, showing how infectious the variants are.

It is not clear why Geneva has recorded such a high number of mutations, but based on previous research, it may be because it lies on the border with France, is particularly densely populated, and has an international airport.

All these factors favour the mobility of the population and the circulation of coronavirus.

What is the long-term prognosis?

Swiss scientists believe that the variants will eventually replace the existing examples of the virus.

“This is due to the fact that the British, Brazilian and South African variants are transmitted more quickly and easily. This is not an exceptional phenomenon in biology,” Ticino epidemiologist Andreas Cerny told Swiss news outlet 20 Minutes.

Virginie Masserey, of the FOPH, said on Tuesday that the British variant would likely be the most dominant strain of the virus in Switzerland from next week (22nd February).

Cerny warned that the danger of the variants meant that measures should not be relaxed anytime soon.

“The reason for the falling number of cases is the strong measures currently in place in Switzerland,” he said.