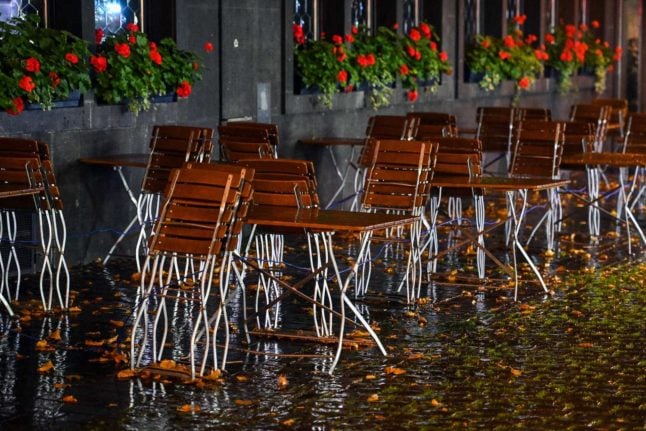 Please note: Switzerland announced Wednesday that shops, museums and zoos can reopen from March 1, while restaurants can open from March 22nd. Click here for more information.

In addition to the efforts at cantonal level, a concerted push by a group of right-wing and centre-right Swiss political parties could see opening dates brought forward in Switzerland.

A new set of negotiations is now taking place, with a decision to be made on February 24th which could see the Swiss return to restaurants sooner rather than later.

Immediately after Swiss health authorities announced hospitality venues would remain closed until at least April, a group of cantons gathered to express their dissatisfaction with the decision – and to push for an earlier opening of hospitality venues.

Last week authorities in Vaud announced their wish to reopen their gastronomy sector from March 15th for lunch service and close at 6pm, at which time only take-away service would be allowed, Switzerland’s NZZ newspaper reports.

St Gallen, Thurgau, Lucerne and Ticino are agitating for restaurants with terraces to be allowed to open from March 1st.

Schwyz authorities have called for both the inside and outside of restaurants and bars to be open on the same day.

Uri, Glarus, Appenzell Ausserrhoden and Appenzell Innerrhoden have also called for restaurants to be open in the first week of March, with the latter saying people should only be allowed to attend with evidence of a negative test.

This scheme matches that being implemented in neighbouring Austria for hairdressers, cosmetic services and tattoo parlours.

Others such as Zurich and Bern seem open to the idea but have not expressed a defined position on the matter.

Indeed, as at February 24th, only Aargau has indicated it supports the federal government’s plan.

The Federal Council is scheduled to discuss the issue with cantonal governments on February 24th, but Health Minister Alain Berset already said that early re-openings would not be a good idea.

Berset recalled that last fall restaurants were open in some cantons while closed in others, resulting in people traveling from one canton to another for the purpose of dining out.

Another revolt – this time at a federal level

While cantonal opposition to federal measures is nothing new, the government is also facing a challenge at a federal level.

A coalition made up of the Swiss People’s Party, Free Democratic Party and Die Mitte is seeking to wrest control from the federal government in pushing for opening of restaurants – along with bars, cultural facilities, sporting facilities and events – from March 22nd, the first day of Spring.

Switzerland’s NZZ newspaper reports that the right-wing and centre-right coalition appears to have the numbers to gain control of the National Council’s Health Commission – a key decision-making body with power to decide on lockdowns.

The NZZ reports that if the power grab is successful, bars and restaurants may be allowed to open as early as February 25th – one day after the meeting between federal and cantonal authorities – although such an outcome is unlikely, with the Federal Council likely to use its emergency powers to prevent it.

The more likely outcome is that the coalition push for a nationwide opening on March 22nd.