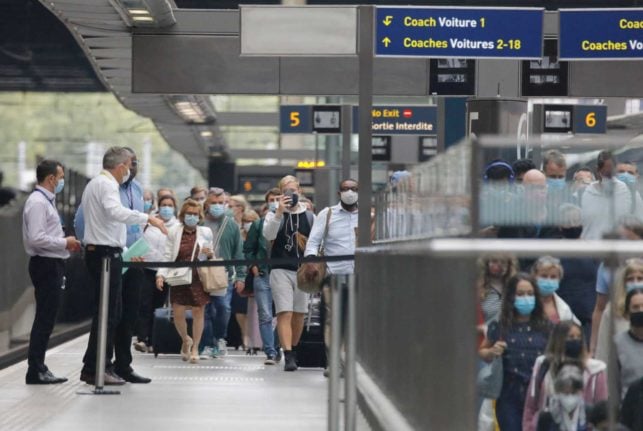 The new additions to the list will apply as of March 8th. Photo: Tolga AKMEN / AFP

As of March 8th, 2021, travellers from Austrian regions of Land Kärnten and Land Niederösterreich, as well as from Regione Abruzzo, Regione Campania, Regione Liguria, Regione Molise and Regione Toscana in Italy, will have to quarantine for 10 days after arriving on Switzerland.

Luxembourg has also been added to the list from March 8th.

Up until then, only arrivals from the countries on the following list will need to quarantine.

READ MORE: Which countries are currently on Switzerland’s quarantine list?

Under the rules in place since February 8th, people can leave quarantine after just seven days. More information is available at the following link.

Seven days: How to leave quarantine early in Switzerland

The official list of all the high-risk countries is here.