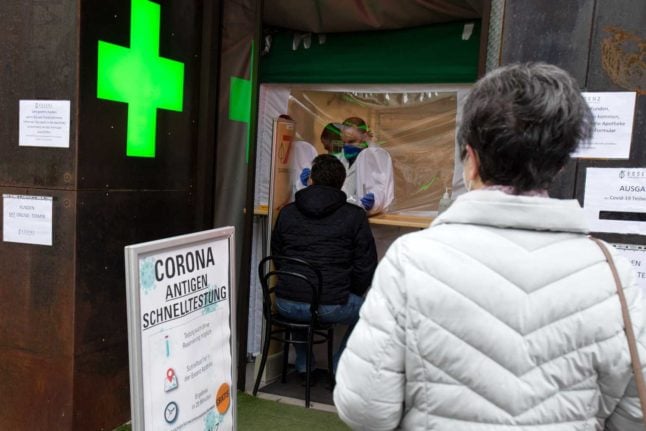 More up-to-date information about Switzerland’s free tests is available at the following link.

From March 15th, each Swiss resident will be entitled to five free coronavirus tests per month.

The free tests will be part of a gradual move towards reopening.

However, while the scheme is set to start within a week, the government has not yet approved the self-tests for public use.

What has the government announced?

From March 15th, each Swiss resident will be entitled to five free coronavirus ‘self-tests’ per month.

The government confirmed this in a press release issued on Friday, March 5th.

The Swiss government said citizens are encouraged to test themselves regularly – even when they do not have symptoms – to help prevent the spread of the virus.

What kind of tests will be provided?

When the policy is fully implemented, it will entitle each Swiss resident to five free tests per month.

The free tests will be so-called ‘self tests’, which can be used at home.

However, as at March 8th, these tests have not yet been approved by the government, due primarily to uncertainties about how effective they are among people without symptoms of the virus.

Therefore, from March 15th until whenever these tests are approved, the government will cover the costs of rapid tests in pharmacies and at all testing centres.

When the self-tests are finally approved, each Swiss resident will be entitled to five per month.

Will cross-border workers also be entitled to free tests?

Yes. This was explicitly confirmed by the Swiss government in the press release.

With free tests for everyone, why can’t Switzerland relax coronavirus measures immediately?

The testing scheme, which is voluntary, has been developed to help Switzerland move towards a gradual relaxation of coronavirus measures.

Switzerland will decide on March 19th whether or not further lockdown loosening can take place from March 22nd.

However, the government has been careful to remind people that the tests are not 100 percent accurate.

How much will the plan cost?

The cost of the testing strategy is expected to be approximately CHF1 billion in 2021.

Has this plan been put into effect anywhere else?

Yes. Austria has adopted a similar plan since early February, with tests free at pharmacies and at a number of testing centres across the country.

Anyone wanting to visit a hairdresser or any other ‘body hugging service’ – i.e. cosmetic services or visiting tattoo parlours – must provide evidence of a negative test in order to do so.

The Austrian government is currently developing a plan which would allow only people who have tested negative to visit bars, restaurants and events. The plan is expected to be put in place by the end of March.