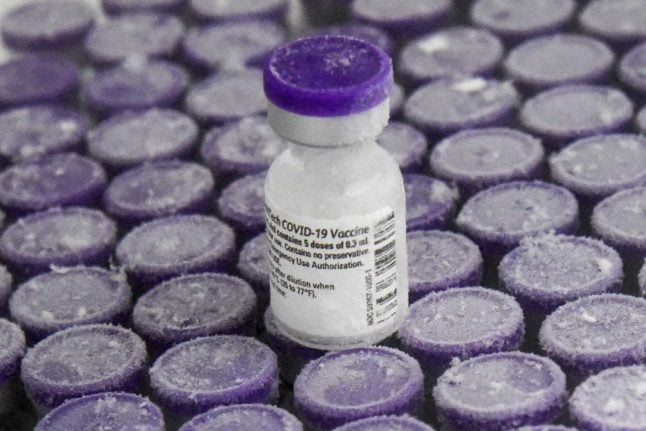 Switzerland said on Tuesday it had bought an additional three million doses of the Pfizer/BioNTech Covid-19 vaccine, doubling the number on order to six million.

“The extra doses will be delivered in stages from April onwards,” the health ministry said in a statement, adding that it hoped to inoculate every adult over the coming months.

The wealthy Alpine country of 8.6 million people has struck deals with several firms for almost 36 million doses — more than enough to vaccinate the entire population twice over.

“The idea behind procuring vaccines from different manufacturers is to make sure that sufficient doses of an approved vaccine are available to the public even if there are delivery problems,” the health ministry said.

If everything goes to plan, everyone who wants a jab will have had one by the summer, the statement said. So far, only the Pfizer jab and one made by US firm Moderna have been cleared by regulators.

Switzerland has already taken delivery of 1.2 million vaccine doses in total and administered nearly 950,000, with more than 330,000 people now fully vaccinated having received their second dose.

The government expects available vaccine doses to “increase sharply” over the next three months.

Switzerland has also bought into the Covax scheme, which should eventually ensure a stream of vaccines for up to 20 percent of the population. Switzerland was relatively quick off the mark with the Covid-19 jabs rollout, beginning in late December.

More than 560,000 Covid-19 cases and over 9,300 deaths have been recorded in Switzerland. The country plans to lift in stages the restrictions imposed to control the spread of the virus.

A second wave of easing the restrictions is scheduled for March 22, when the government hopes to allow the opening of outdoor areas at restaurants and change the requirement to work from home.