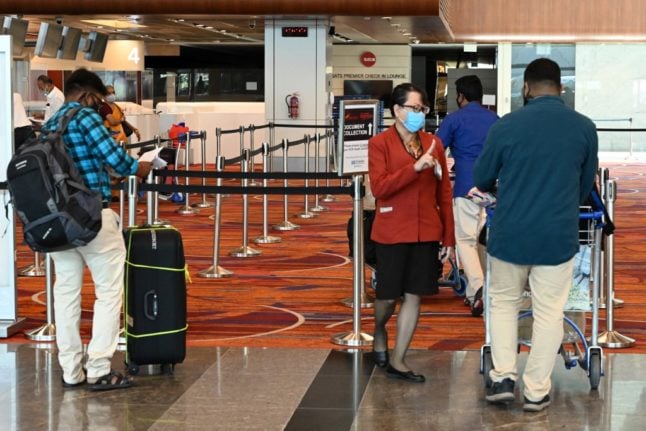 This question is especially relevant as increasing numbers of people are planning to go abroad for Easter holidays and will need to know which test to present on their return to Switzerland.

The confusion is fuelled by the often-contradictory information provided by different sources. Some say only passengers presenting the PCR test results will be allowed entry, while according to others, rapid antigen tests are also authorised.

The difference between the two tests is explained here.

While the PCR test is considered to be more accurate of the two, it is not always realistic to have the results ready in time for travel. That’s because Swiss authorities require the test to be no more than 72 hours old, but in some countries it takes longer to get the results.

The antigen test results, on the other hand, are usually ready within 30 minutes.

To find out what the current requirements are, The Local put this question to the Federal Office of Public Health (FOPH).

According to official Swiss government information, you should be allowed to board the plane with the antigen test results.

Upon arriving, you may be asked by cantonal health authorities to present a PCR result.

According to the FOPH spokesman, when you arrive without a PCR result “you must have a test at your own expense immediately after entering Switzerland”.

As tests results are needed immediately, both antigen and PCR tests will be done.

The screening can be done at all three international airports: Zurich, Geneva, and Basel.

Therefore, while it will clearly be preferred to have a negative PCR test result ready upon arrival in Switzerland, you will have the option to take an antigen or PCR test upon arrival (at your own expense).

Are there any exemptions?

There are, however, some exemptions to the testing rule, FOPH said.

No tests are needed for:

Additionally, cross-border workers are exempted from the testing obligations as well.

Why the mixed messages?

The confusion comes largely from the way in which the government made the announcement on February 18th.

Prior to February 18th, a PCR test was necessary to enter Switzerland – however the government on that date announced that an antigen test would also be accepted.

When putting in place the rules however, the government narrowed the conditions in which an antigen test would be accepted to a few limited exceptions (as have been outlined above), leading to the confusion.

As has been outlined by Switzerland’s Travel News portal, “this zigzag course outraged the travel industry… many travellers mourned the opportunity to be able to use the much cheaper and faster antigen tests instead of PCR tests before crossing into Switzerland.”