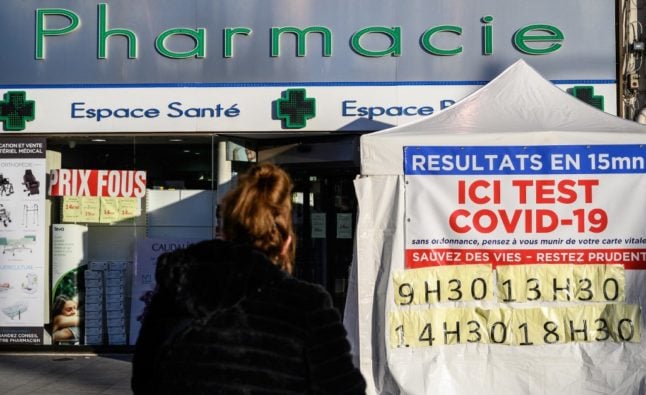 From Wednesday, April 7th, free coronavirus tests will be made available in Swiss pharmacies.

How many free tests can I have?

Companies, schools and other institutions such as non-profit organisations can also carry out the tests free of charge.

How do I get them?

They are available at pharmacies across the country.

In order to pick them up, you will need to present your healthcare card.

How do they work – and how long do they take?

The ‘rapid tests’ use a sample from the front of the nose instead of the larynx, making them more comfortable and easy to use.

Results are available in 15 minutes.

How do I know I’m positive?

While there are directions on the test in English (along with German, French and Italian), The Local Switzerland understands that the model used has two stripes.

If the two stripes appear, the test is positive.

How reliable are the tests?

The tests are less reliable than the more invasive PCR tests, but still provide a good indication of positivity of someone with a large viral load.

A large viral load means you are more likely to transmit the virus – even if you don’t have symptoms – which means that the self-tests are effective in preventing infections spreading through the community.

What do I do if I test positive?

If your test comes back positive, you should isolate yourself and contact the authorities in your Swiss canton to ask what to do.

They may tell you to isolate for a longer period, or ask that you confirm the result with a PCR test.

The tests were originally planned to be available in Swiss pharmacies from mid-March.

The Swiss government promised to “assume the cost of all tests from March 15th”, it said in a statement.

The delay was due to concerns that the tests may not be accurate enough, but Swiss authorities now say they are convinced.

Swissmedic has however warned that self-tests from abroad should not be used as they may be unreliable.

Reader question: How do I show a negative Covid test result in Switzerland?

Will cross-border workers also be entitled to free tests?

Yes. This was explicitly confirmed by the Swiss government in the press release.

Um, no. The testing scheme, which is voluntary, has been developed to help Switzerland move towards a gradual relaxation of coronavirus measures.

Switzerland will decide in mid-April whether lockdown rules should be relaxed.

However, the government has been careful to remind people that the tests are not 100 percent accurate.

How much will the plan cost?

The cost of the testing strategy is expected to be approximately CHF1 billion in 2021.

Has this plan been put into effect anywhere else?

Yes. Austria has adopted a similar plan since early February, with tests free at pharmacies and at a number of testing centres across the country.

In Austria, anyone wanting to visit a hairdresser or any other ‘body hugging service’ – i.e. cosmetic services or visiting tattoo parlours – must provide evidence of a negative test in order to do so.