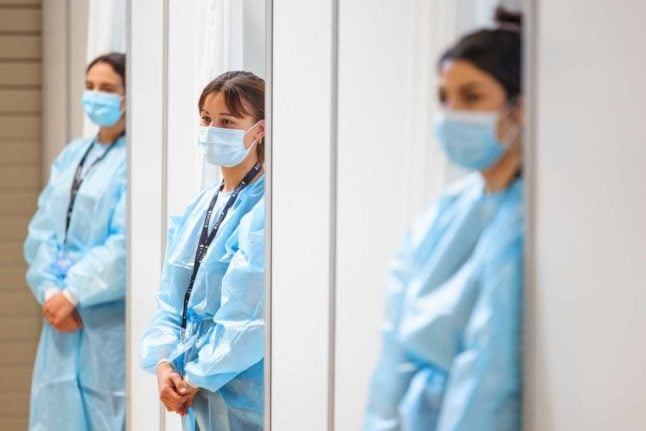 Similar to the already existing mega centres in Zurich and Basel, the two new venues have the capacity to immunise several thousand people each day. Outside a vaccination centre in Vaud. Image: AFP

Located in Hall 3 of the Palexpo exhibition centre, this 2000-square-metre space has 157 booths where vaccines can be administered simultaneously.

To speed up access to vaccinations, appointments are allocated wherever in the canton space is available, which may not necessarily be the Palexpo centre, authorities said.

Registration for the vaccine and appointments can be made here.

EXPLAINED: How Switzerland is speeding up its vaccination programme

The new venue, located at the Beaulieu conference centre in Lausanne, will administer up to 16,000  vaccines each day, the canton said.

“The opening of the Beaulieu centre is a very important step in the fight against the coronavirus, and a sign that the vaccine doses are finally available”, said Rebecca Ruiz, head of Vaud’s Public Health Office.

Registrations and appointments for Beaulieu or any of the other vaccination centres in Vaud can be made on this site.