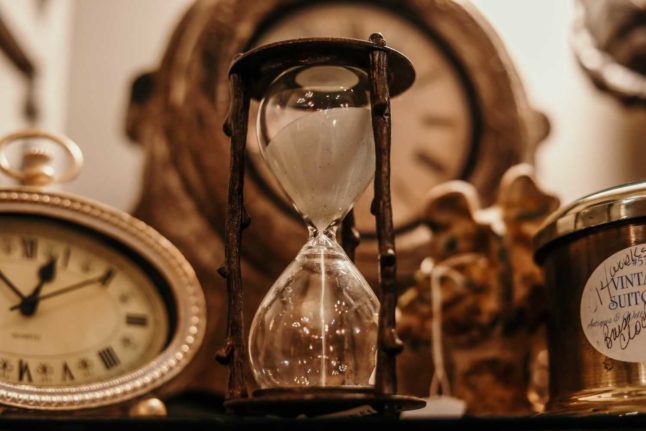 May in Switzerland is upon us, it brings on many changes. Photo by Jordan Benton from Pexels

May brings with it the changing of the seasons, with the haunting grey of winter’s firm grip finally extinguished as summer’s promise looms tantalisingly on the horizon.

There’s also some important other stuff. Read on!

On April 19th, Switzerland relaxed a range of coronavirus measures including allowing outdoor bars and restaurants to open along with a range of other measures.

While more relaxed measures have been forecast for the spring, these are unlikely until at least late May.

“Given the need to protect vulnerable people who have not yet been vaccinated and the fragile epidemiological situation, further easing is not possible before May 26th”, the Federal Council said in late April.

The measures on the table for May 26th include larger caps on events and groups, along with allowing indoor areas of bars and restaurants to open up.

Official information on what could be relaxed in late May is available here.

Everyone in high risk categories to be vaccinated

People in high-risk categories will be fully vaccinated by the end of May, the Swiss government has promised.

The government said in late April that the focus is on vaccinating 75 percent of the people in the high-risk category.

It will continue “until all vulnerable people who want it have been fully immunised — that is, with two doses”.

Once this has been completed, Switzerland’s plan to end coronavirus measures will have shifted from the ‘protection phase’ to the ‘stabilisation phase’.

While other Swiss cantons are still prioritising older adults and people with high-risk medical conditions, Vaud in late April became the first Swiss canton to open up its inoculation programme to everyone over 18, regardless of their health status.

Now several other Swiss cantons have followed suit, despite the Federal Office of Public Health saying people in risk groups should be prioritised.

From mid-May, Solothurn, Aargau and Uri will start vaccinating the general public.

Swiss news outlet Watson reported in late April that Zurich was set to also start vaccinating the general public from mid-May, although this has yet to be confirmed by cantonal authorities.

The cantons of Glarus, Basel City, Appenzell Ausserrhoden, Obwalden, Graubünden, Thurgau, Nidwalden, Bern and Valais will however all stick to the federal government’s prioritisation plan.

Coronavirus immunity card will be finalised

The government has promised to introduce this immunity card, also known as Covid-19 passport or vaccination certificate, by summer.

Authorities are now developing this document, which will be internationally recognised, and will decide on its final version in mid-May.

“Initially, two technical solutions are to be pursued”, the government said. “The final decision on which option is used will be taken in mid-May.”

Neighbouring Austria has promised its immunity card will be ready by May 19th, with the EU to release its version in June.

Switzerland – which has promised to accede to the EU framework – will probably release the immunity card around the same time.

The next round of changes to Switzerland’s risk country list will come into effect from May 3rd.

A handful of new countries will be added on May 3rd. This includes Mexico, Egypt, Qatar and the Cape Verde Islands.

The Maldives will be removed from May 3rd.

On April 26th, India was added to the list with immediate effect due to the prevalence of a mutation of the virus there.

The following link has all of the countries on Switzerland’s mandatory quarantine list.

In the days since terraces have again been allowed to open in Switzerland, people have flocked to have a beer, coffee or a meal outdoors – so much so that there has been a demand for more space.

The city of Zurich has responded to these demands by allowing public spaces to be used by restaurants for outdoor seating.

As at the end of April, Zurich is in the final stages of approving a bill which would allow restaurants to expand their offerings by between 30 and 50 percent on city lands.

New treatment for Covid-19 to be delivered in May

The Swiss government signed a contract last week with the pharmaceutical company, Roche, to purchase a “promising drug” to treat coronavirus.

The initial 3,000 doses of the medication, which Roche developed jointly with a US biotech firm Regeneron, will be available from mid-May “for certain groups of high-risk patients” in Switzerland.

READ MORE: EXPLAINED: What is the new Swiss coronavirus drug and how does it work?

Coronavirus restrictions have cancelled traditional May Day celebrations across the country for the second year running.

However, anyone wanting to celebrate hard-fought labour rights – which should be most of us – will be able to do so online.

Labour organisations have had a year to get ready for ‘online May Day events’ with a range of online marches and celebrations ready to go on Saturday, May 1st.

For instance, the Swiss Federation of Trade Unions (SGB) will have a live stream of their celebrations, which everyone can view online.

Starting in May, the “IATA (International Air Travel Association) Travel Pass” will be the first to test travel with a vaccination certificate. The smartphone app allows travellers to store and manage certifications for Covid-19 tests or vaccinations. It aims to facilitate air travel under pandemic conditions, and help travellers avoid quarantines whenever possible.

The data should remain under the control of the passengers, the association assures. The app is available now for iOS, and a version for Android is also expected to be available soon.

This change is one that has been long announced and even postponed, but now it’s getting serious. The new WhatsApp GTCs will come into force on May 15th.

What does this mean for you? If you haven’t agreed by this date, you won’t be able to use the Messenger app for the time being.  If you’re still unsure, your account will be set to “inactive” on the cutoff date.

This means that you can receive messages and calls, but you are no longer allowed to compose new messages yourself. You can do this for up to 120 days – then your account will be deleted forever.

OK, so maybe this one is a cry for help after what seems like the longest winter ever, but May is the first month when warm weather sweeps through Switzerland each year.

After a colder than usual April, May looks set to be the moment spring has truly sprung.

The average weather in May in Zurich over the past few years has been a balmy 19C degrees during the day, with a low of 11C at night. 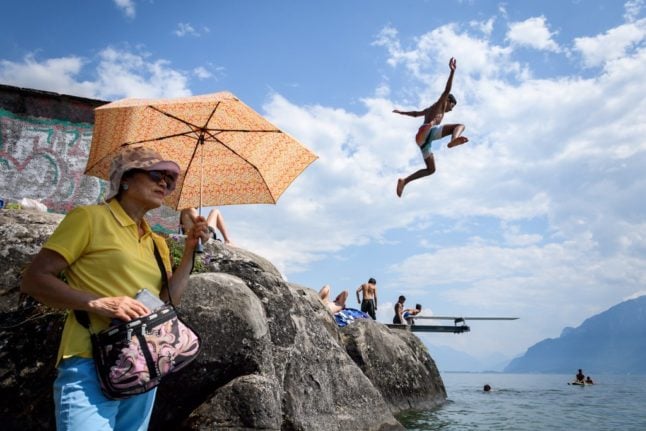 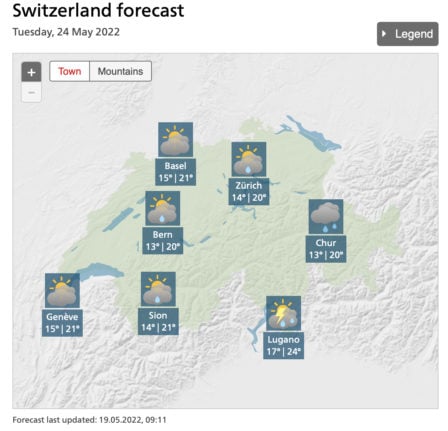