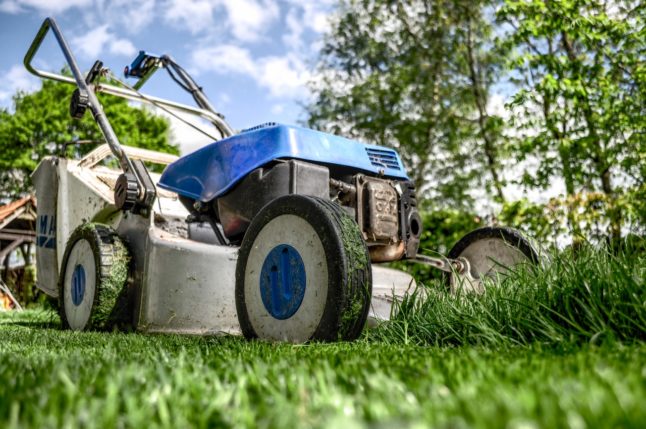 Never on Sunday: don't even think of mowinf your lawn. Skitterphoto on Pexels

Although this can be difficult to discern for foreigners, Swiss seem to know these rules by heart — perhaps because they created them.

Though for people from another country, these ‘dos and don’ts’ may seem odd at first, practicing them is a sign of cultural integration — and it does make communal life a lot more pleasant.

Here’s how to make it work.

A drink is just a drink

Being social and yet keeping your distance (that is, respecting your neighbour’s privacy) is a delicate balancing act,  but this is a skill you must learn if you are going to live in an apartment building.

When you first move in, it is customary to invite your neighbours for a drink so you can introduce yourself. This is usually a polite gathering, but if you think it will lead to close friendships, you are wrong.

There may, of course, be exceptions, but in most cases you will probably not (or rarely) see your neighbours in social situations.

The Local is thinking about writing a long-firm article entitled “How to make Swiss friends in 250 easy steps”, although we’re not sure if we can narrow it down to such a short list.

The Swiss are sticklers for proper greeting etiquette. If you see a neighbour and don’t greet them, you may become the building’s outcast.

However, don’t call them by their first name, unless instructed (by them) to do so.

The proper way to address a person is to say grüezi, bonjour, or buongiorno, followed by Frau/Herr, Madame/ Monsieur, or Signora/Signore, and then the last name.

‘Hey, you’ or ‘Whazzup?’ is not going to cut it in Switzerland.

When planning a party, leave a note

If you are going to have a company and make noise, post a note in the building, informing your neighbours of the date and time of the event, and apologising in advance for any disturbance.

Or, you can tell them directly if you happen to see them out and about — but only after the obligatory grüezi, bonjour, or buongiorno are exchanged (see above).

All apartment buildings in Switzerland have a noise ordinance in place, which bans loud noises after 10pm. You might have heard that you are not even allowed to flush your toilet after this time, but in most buildings this is not the case, unless your toilet sounds like a jackhammer.

However, loud music, TV, and other noises are strictly verboten.

In Switzerland, Sundays are considered rest days so your neighbours’ peace and quiet should not be disrupted by a sound of a lawn mower, hedge cutter, or nail being hammered into a wall.

Be a sensitive laundry user

Most Swiss apartment buildings have a communal washer and dryer, and each tenant has his attributed day and time to do the laundry.

There are two rules to remember here: One, don’t hog the machines on a day that’s not yours, unless you agree with a neighbour to switch schedules.

Two, always clean up the machines and the area around them after use.

Don’t do  a half-hearted job: remove the lint and other debris from the dryer, wipe the inside of the machines, and sweep the floor if necessary.

Dumping your garbage bags haphazardly in front of the building rather than at the official drop-off spot, or putting out your trash for collection on the wrong day of the week, will not only annoy your neighbours, but municipal authorities as well.

Likewise, not segregating your waste — for instance, mixing PET bottles with tin cans or paper — will not win you any ‘good neighbour’ awards either.

Your garden gnomes are rude

With modern garden gnomes invented in neighbouring Germany, it’s no surprise to see them all across gardens in Switzerland – and particularly in the German-speaking part.

However, if your garden gnome is of the rude variety – for instance one with the audacity to bear its buttocks – then you might be annoying your neighbours without realising it.

Some Swiss, particularly in rural areas, can be a little prudish when it comes to nudity, like this Aargau couple, who sued to get their neighbour’s gnome to put some pants on.

They decided to sue in late 2021 because she refuses to move her butt-naked garden gnome, which is facing directly the pensioners’ kitchen window.

“When I look north, I see an ass”, the indignant husband testified in a district court.

They argue the neighbour deliberately placed the offensive gnome in the couple’s field of vision, an accusation that the gnome owner vehemently denies.

As the plaintiffs consider the incident to be “an attack on their honour”, they request that the gnome owner be fined of 1,050 francs.

If you are a foreigner, you may not know that cows and churches are ubiquitous in every part of Switzerland. Both have very loud bells that chime incessantly.

They are, however, integral parts of the Swiss culture and people love them. They will not take your complaints about the noise kindly.

So if you are a light sleeper, don’t rent in a building located near a church or a meadow.

And you should also avoid farmhouses with roosters, unless you live for early mornings. 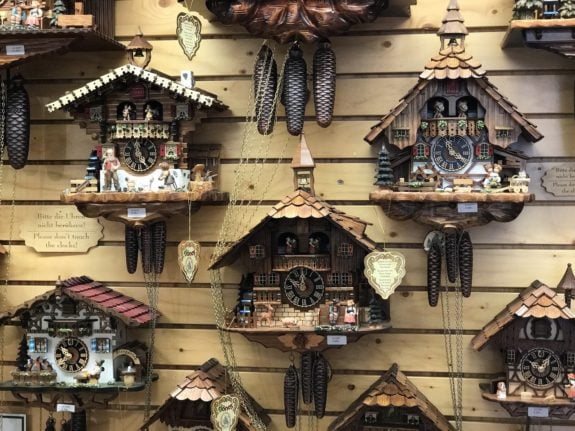 LIVING IN SWITZERLAND
Myth-busters: Five things about Switzerland you should not believe 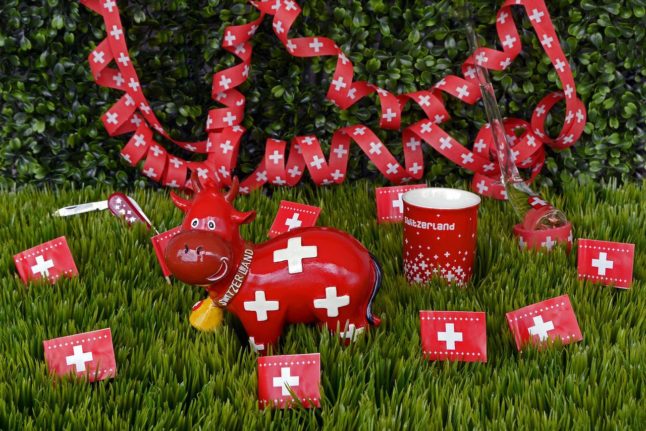 UNDERSTANDING THE SWISS
From ogres to hermits: 11 weird facts that show Switzerland is truly unique

When you think of Switzerland, you probably conjure up images of cheese, chocolate, Alps, cows, and watches. Add to this image the yodelling and Alphorn playing, and this somewhat idealised (but nevertheless true) picture of Switzerland is complete.

But at the same time, some common beliefs related to Switzerland are as full of holes as… Emmental cheese.

Many people firmly believe that this folk hero and expert crossbow marksman who shot an apple off his son’s head, was a real figure who lived in Uri in the early 1500s.

Though he embodies the struggle for freedom and independence — principles that the Swiss hold dear to this day — there is no evidence that Tell actually existed.

Historians investigating the Tell legend didn’t find any evidence that such a person ever lived, or proof that anyone shot an apple off a boy’s head.

Among the arguments against Tell’s existence is that crossbows were not commonly used in the 14th century.

According to one history fact-checking site, “it seems that the origin of the story was in a myth that was popular in Europe, and which was adopted by the people of the Alpine Valleys. It later was used as a foundation myth, by successive Swiss governments, to explain the development of the Swiss Federation”.

Some people take it for granted that Switzerland has been a neutral nation, which didn’t get involved in other countries’ armed conflicts, since its official creation on August 1st, 1291.

However, in the Middle Ages, the country was a military power and its soldiers could be hired for money, fighting on the side of those who paid them the most.

That was long before the Swiss army knife was invented, and the soldiers went to the battlefields with a pike — a long thrusting spear that could inflict a lot of damage on the enemy.

It wasn’t until 1815 that Switzerland’s “perpetual neutrality” was declared. Great powers of Europe decided that Switzerland would provide a convenient geographical buffer between quarrelling France and Austria, and its neutrality would be a stabilising  factor in an unstable region.

READ MORE : Swiss history: When Switzerland was a nation of warriors

A common belief is that Switzerland has always been a rich and prosperous country it is today.

Nothing could be farther from the truth.

In centuries past, Switzerland was a pauper nation, where a large portion of the population in this landlocked, mountainous country with no natural resources, struggled to survive. Some people even ended up emigrating to South and North America to escape a life of poverty.

According to an official government document, “anyone who was not a citizen of a commune was homeless and lived on the margins of the community or was left to wander the country as a vagrant”.

Not exactly the image we have of Switzerland today.

In many people’s minds, Switzerland’s financial institutions are synonymous with dirty money and illicit dealings.

As The Local previously reported, “such images are often perpetuated by Hollywood films,  in which shady characters invariably have a banker in Zurich — an equally shady individual with a thin moustache and a dark suit — who quietly stashes illegally begotten money in secret accounts”.

In reality, Swiss banks don’t quite live up to this notoriety. For instance,  there is no such thing these days as ‘anonymous’ accounts.

To open an account, you must have a valid ID like a passport, verification of your address, and a document to prove the money you are depositing comes from legitimate (i.e. non-criminal) sources.

In terms of banking secrecy, there is some truth to it:  in principle the banks can’t reveal your financial information to a third party.

So if you are a foreign national, the government of your country can request Switzerland to release your account(s) information and banks must comply.

A number of foreign tourists in Switzerland are looking to buy ‘Swiss’ cuckoo clocks, not realising that these clocks originally came from the Black Forest in Germany.

By the same token, many foreigners associate lederhosen — short or knee-length leather breeches — with Switzerland.

Maybe it’s because they confuse Switzerland with Austria and Germany (the three countries do look alike, especially in the dark), but whatever the reason, lederhosen is not a Swiss garb.