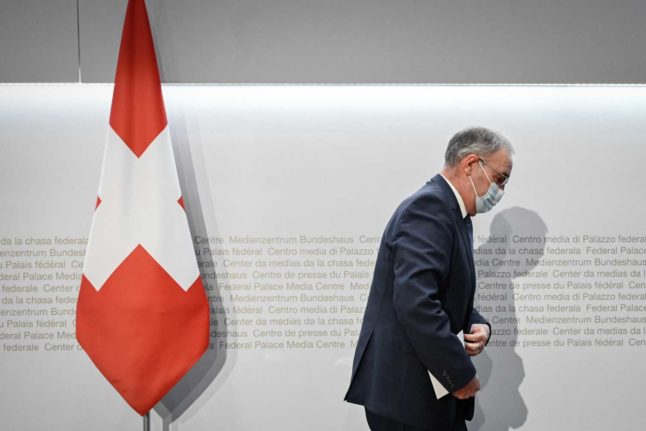 The landlocked European country, population 8.6 million, said 10,012 people had now died from the virus, while more than 664,000 cases have been registered.

But the government’s Covid-19 expert group said the situation was currently stable and even slightly improving.

“We have good reason to be optimistic,” the health ministry’s crisis management chief Patrick Mathys told a press conference in Bern.

Switzerland had some of the worst Covid daily case rates in the world in early November. Its daily case numbers bottomed out in the second half of February, began rising again in early March and then have fallen once more since mid-April.

The vaccination campaign is going according to schedule, with the pace of the rollout in Switzerland largely mirroring that of its surrounding European Union neighbours.

The country is using the Pfizer-BioNTech and Moderna vaccines.

The virus’s reproduction rate has fallen below one in recent days, Mathys said, with the figure now standing at 0.93.

Of the troubling mutations of the virus, the British variant continues to predominate in Switzerland, with the Brazilian and South African variants only rarely detected.

While the pandemic rages in India, the Indian variant has been detected around a dozen times in Switzerland.

“Little is known about it, either about its contagiousness or its effects on the immune system,” said Mathys.

Switzerland began easing its anti-Covid restrictions on March 1, when non-essential shops and museums reopened to the public.

On April 19 cinemas, sports halls, and cafe and restaurant patios opened — along with several large-scale vaccination centres in cities like Lausanne and Geneva.