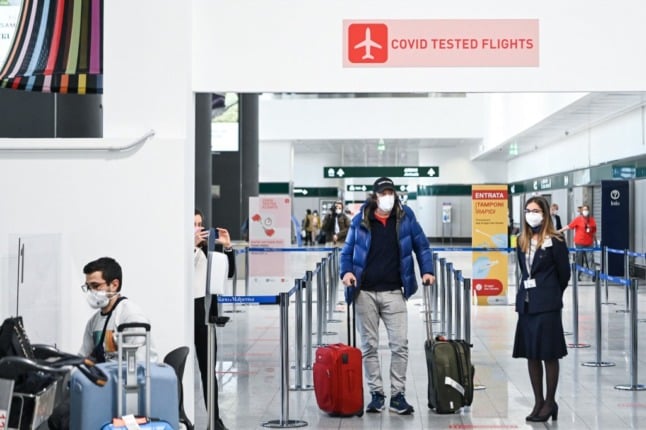 Only Swiss citizend or permanent residents are allowed to enter from India. Photo by Piero Cruciatti / AFP

The first case of the Indian variant was detected in Switzerland on April 24th. It was found in a passenger who arrived here after transiting through another airport.

So far it has not spread as quickly within the country as the British mutation, which is believed to be responsible for nearly 90 percent of all infections in Switzerland.

Neighbours Germany and Italy have banned flights from India to land on their territory, but Switzerland has not taken this drastic step, even though it suspended flights from the UK and South Africa for a time when mutations from those two countries were detected in December 2020.

That may be because even before the mutation outbreak, India was already on the government’s list of ‘third countries’ whose residents are not permitted to enter Switzerland.

The only exemptions to this rule are Swiss citizens and permanent residents returning from India.

However, the Federal Office of Public Health (FOPH) has added India to its list of high-risk countries on April 26th, which means arrivals from this nation will have to go into either a 10 or seven-day quarantine when entering Switzerland.

But even before boarding a flight to Switzerland, passengers from India — as from all countries — have to present a negative Covid test taken no less than 72 hours before travelling.

Laurent Kaiser, head of the infectious diseases department and head of the virology laboratory at the Geneva University Hospitals (HUG), said “that there is cause for concern” about the Indian variant in Switzerland, but also underlined the uncertainties and the limited information available to date.

“We do not necessarily expect it to be more contagious”, he told RTS public broadcaster.

However, he added that as the Indian virus has two mutations, one of which is already present in the Brazilian and South African variants, “it makes us think that it is not an ‘innocent’ virus. But we do not yet have enough elements to affirm it”.