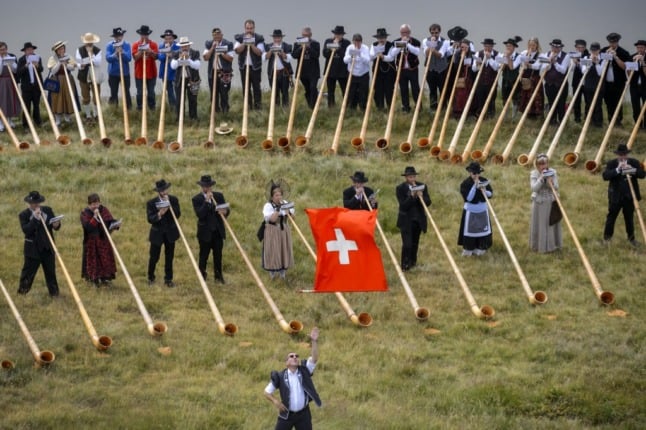 On the contrary, when it comes to competitiveness of nations, Switzerland takes the top spot in the new World Competitiveness Ranking carried out by the International Management  and Development (IMD) Institute.

While Switzerland has always ranked among the top 10 nations in the annual study, this is the first time in the Ranking’s 33-year history that the country is in the first place.

#Switzerland has come top for the first time in IMD’s World Competitiveness Ranking. The major trend revealed this year is that countries that had built an economic buffer prior to the pandemic fared better.
Learn more: https://t.co/uVvRdC2CZB #WorldCompetitiveness pic.twitter.com/1Vx60loYZk

“The study assesses 64 economies and the extent to which a country promotes the prosperity and well-being of its people”, its authors say.

The IMD uses 334 criteria to determine each country’s ranking, including domestic economy, international trade and investment, employment, health and environment, infrastructure, and education.

In this context, “competitiveness” means that Switzerland does better than other nations in most of these criteria.

For instance, it was ranked first in the infrastructure category and second in government efficiency. However, it dropped to the fifth place in business efficiency.

Last year was particularly difficult for many countries because of the Covid-19 outbreak.

But “although Switzerland was slow to fight the pandemic, it has not jeopardised its future economic growth because it has kept a disciplined financial strategy by not spending too much”, said Arturo Bris.

Also, the country’s independence from the European Union is a plus in terms of its competitiveness, he added.

Switzerland also “enjoys the benefits of being a European country, but finds agility in its lack of European Union membership”.

That seems to be the case for other non-EU nations as well.

In fact, countries that got high scores are either outside of the EU or at least the eurozone, Bris noted.

That is the case of Sweden and Denmark, which took the second and third place, respectively, and Norway, sixth.

The United States is ranked 10th.

You can see how other counties rank here.

READ MORE: Why have Swiss cities become ‘more liveable’ during the pandemic?