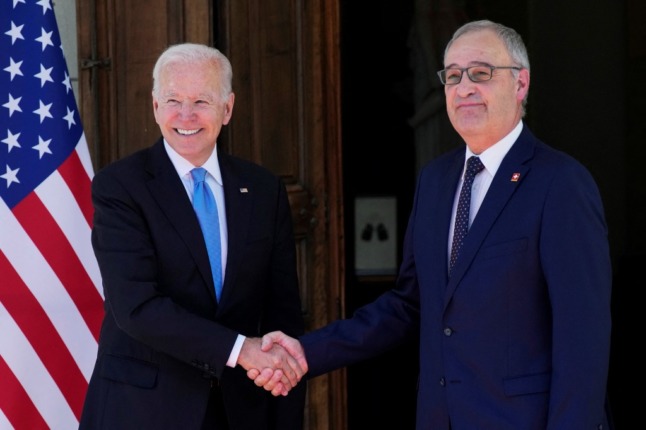 Twelve cantons are not able to carry out widespread coronavirus screening since the saline solution contained in the tubes for saliva tests is contaminated with germs.

Regulatory drug agency Swissmedic has not yet approved replacement products.

While Comparis initially said it would not give in to the ransom demands, it now paid an estimated 363,000 francs in cryptocurrency, according to reports in Schweiz am Wochenende.

“Some essential files were encrypted by hackers and we could only recover them with great effort”, Comparis.ch spokesperson Andrea Auer said.

However, damage caused by the hackers is reportedly greater than expected and customers have received emails urging them to change their passwords.

The numbers are from 2018, the latest available.

As the chart below shows, the wealthiest couples, with the net worth of 1.3 million francs, live in the Geneva countryside commune of  Vandœuvres, while those with least wealth  (about 50,000) live in urban Vernier.

The median wealth per couple is about 180,000 francs, and residents of most communes exceed that figure. As more Swiss tourists (as well as those transiting through Switzerland) are heading south to Italy, traffic jams are forming at the north portal of the Gotthard tunnel, between Erstfeld and Göschenen (UR). This corresponds to wait time of two hours.

US President Joe Biden sent his best wishes to his Swiss counterpart Guy Parmelin on the occasion of National Day on August 1st.

“Switzerland is a good friend and a partner of the United States”, Biden said. “Our nations are united by our common democratic values, our respect for the rule of law and our commitment to protect fundamental rights, but also by our close trade and economic ties”.

Biden again thanked Switzerland for hosting the summit meeting between him and Russian President Vladimir Putin in Geneva in June.

“Switzerland makes an invaluable contribution to diplomacy and to world peace,” he added.