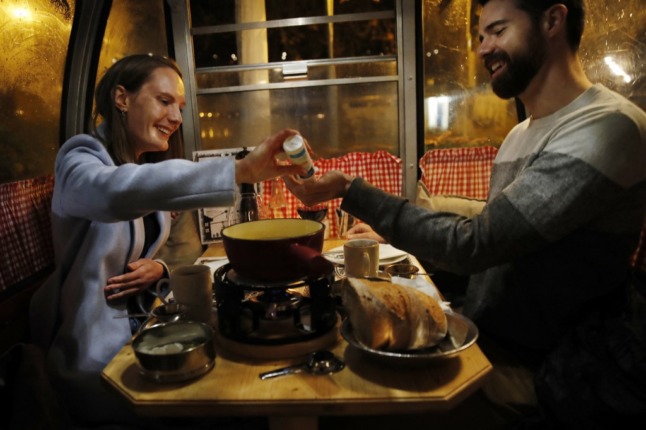 People employed in the medical sector in Geneva — including those working in elderly care homes — who refuse to get inoculated against Covid, will have to get frequent tests, the canton’s health director Mauri Poggia announced.

“It is the responsibility of the institution not to leave vulnerable patients in doubt as to the potential dangers represented by the unvaccinated caregivers”, he said, adding that Geneva will be the first canton to impose this measure in Switzerland.

Vaccinated people are 80 times less likely to be infected

A new analysis carried out in the canton of Vaud found that Covid vaccines are highly effective in preventing infection: those who are not immunised are 80 times more likely to catch the virus.

For the fully vaccinated, only 2.6 cases of contamination were detected per 100,000 inhabitants. However, this figure jumped to 216 /100,000  among those who didn’t get their shots.

In Israel, people over 65 are already being vaccinated for the third time. In Germany, this will be the case from September.

But the Federal Office of Public Health (FOPH) recently said the third shot will not be administered to groups at risk before early in 2022.

However, Switzerland is now looking at starting booster shots in the fall, according to Virginie Masserey, head of FOPH’s infection control unit.

She did say, however, that Switzerland will take a different approach to deciding when to administer third doses.

“This decision must be taken on the basis of clear and proven facts. Israel’s is based solely on observations. We are awaiting scientific data”.

The good news is that subsequent boosters — fourth and fifth doses — will probably not be needed.

“This scenario is highly unlikely. With the current variants, even Delta, the vaccine should be sufficiently effective after a third injection”, according to University of Lausanne immunologist Daniel Speiser.

Travel: One in ten passengers turned away at Swiss airports

Depending on entry requirements at the destination country — such as the vaccination certificate or negative test result— Zurich, Geneva and Basel airports turn away a number of departing passengers who don’t have adequate documentation.

This is especially the case on long haul flights, where one in 10 passengers was not allowed to board, according to Blick.

As Zurich Airport is one of the most important transit “hubs” in Europe, many passengers find themselves stranded there. They have two options: either to spend a few days in Switzerland, or to take a flight back to their country of origin. In both cases, the bill is steep. Being stranded at the airport is not fun. Photo by Eitan ABRAMOVICH / AFP

Summer is normally the season of barbecues, but heavy rains that swept Switzerland throughout the month of July have driven many people indoors.

Their food preference has changed as well, from hot meat to hot melted cheese.

Cheese merchants report that due to inclement weather which ruled out outdoor cookouts on many days, sales of raclette and fondue cheese increased in the past month — an unusual occurrence in July.