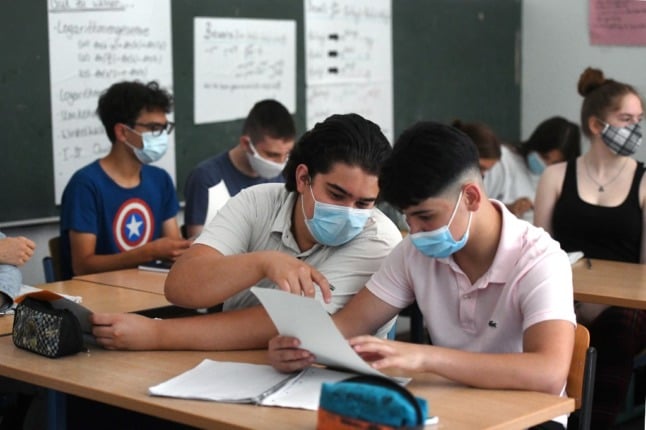 As the school year already started in some cantons and will soon begin in other regions as well, associations of teachers are urging the authorities to take the necessary steps to prevent the spread of viruses among students and teachers.

Among the requested measures are air purification systems in classrooms, as well as sensors which monitor the level of carbon dioxide.

In addition, it is necessary to train health protection officials, who can take appropriate action when needed, the associations say.

The financial arm of the Swiss Post has increased the limit for its contactless debit cards from 80 to 100 francs. These payments can be made without entering the PIN code.

This new option will be gradually introduced on payment terminals within a week of August 16th. However, the limit of 80 francs per purchase will remain in effect for all PostFinance credit and prepayment cards.

When it comes to vaccinations, “the federal government is paying too much attention to individual freedom and human rights”, said Christoph Mäder, president of Economiesuisse, an association representing industries which compose the Swiss economy.

He added that while “these values are important, it is clear that immunisation is the only way out of the pandemic. The federal government must propagate this as strongly as possible”.

READ MORE: Six things the Covid-19 pandemic has taught us about Switzerland

After the departure of Vladimir Petkovic, Switzerland’s team, The “Nati”,  was left without a head coach for about 10 days.

But now his successor has been chosen and soccer fans can relax at last: Petkovic’s replacement is Murat Yakin who will stay with the team at least until the 2022 World Cup qualifiers.

According to Swiss Football Association (SFA), Yakin has extensive experience in coaching. “After having accomplished his brilliant playing career in Switzerland (notably as captain of the champion and winner of the Grasshopper Club Zurich and FC Basel), in the Bundesliga with VfB Stuttgart and 1. FC Kaiserslautern, in the Turkish League with Fenerbahçe Istanbul, as well as 49 caps for 4 goals with Switzerland, Yakin started as a coach with Concordia Basel”.

SFA president Dominique Blanc, said Yakin is a good choice “as he represents our Swiss path and the continuity in our national team.  He will also advance it to a successful future”. Cross-border workers commuting to their jobs in Switzerland are exempted from having to present their health passes at customs.

Candini reported these “unreasonable and unnecessary requests” to Italy’s Ministry of the Interior.

The “excessive and unsolicited controls discriminate against Italian travelers going to Switzerland and highlight a lack of coordination of which the border staff themselves are victims, as they are obviously lacking the necessary and precise indications”, Candioni claims.

He added that clear directives regarding the Covid pass are “urgently needed in order to protect Italian frontier workers and travelers” entering Switzerland.