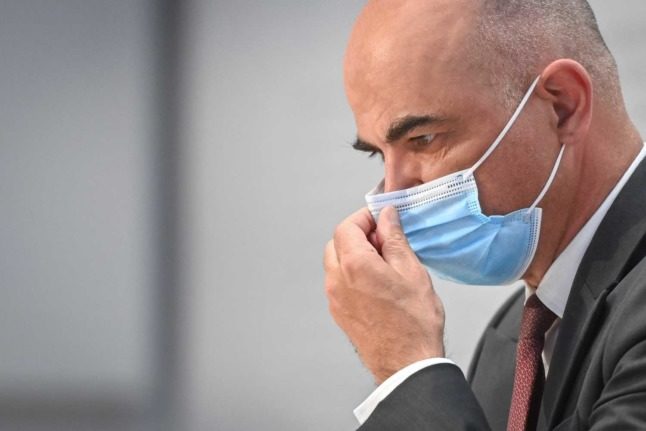 The new contract with the US pharma giant also contains the option for an additional seven million doses each year after that, the government said in a statement.

The country of 8.6 million people already has contracts for some six million Pfizer doses and 13.5 million Moderna doses this year.

The statement said the new contract meant the government had “reserved sufficient vaccines from both vaccine manufacturers to be able to offer booster shots to the public if necessary.”

The announcement came a day after the World Health Organization hit out at the “shocking disparity” in coronavirus vaccines, as wealthy countries buy up doses for third shots while millions in poorer nations yet to have access to a first.

Switzerland also has contracts for millions of vaccine doses made by AstraZeneca, Curevac and Novavax, but currently only the Pfizer-BioNTech and Moderna jabs are in use in the country. Like a number of other European countries, Switzerland is currently in the throes of a fourth wave of Covid infections.

Swiss Health Minister Alain Berset told reporters Wednesday that the number of hospitalisations was soaring, but said the situation was under control, for now.

In a bid to rein in the infections, he said the government was now contemplating extending the requirement to display a certificate of vaccination or a negative Covid test — already needed to go to nightclubs and large demonstrations — to gain access to restaurants, museums, theatres and most other indoor events.

The government has also decided to require payment for tests taken to obtain a Covid certificate, in an effort to drive up vaccination rates.

According to Bern, only 56 percent of the Swiss population has received at least one vaccine dose, compared to 63 percent in the EU.