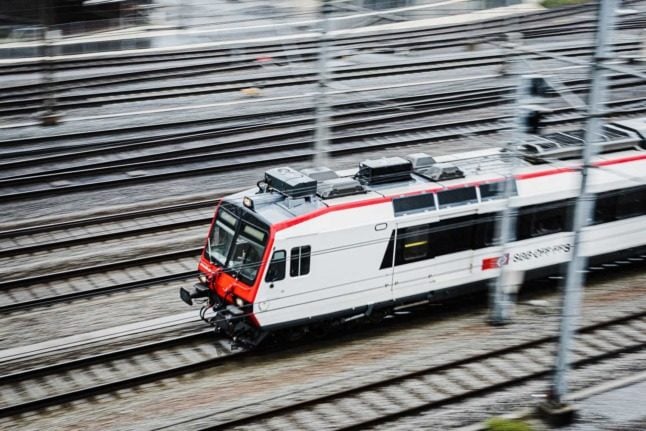 The Swiss government’s plan to require Covid certificates in bars, restaurants, gyms and private events has been met with broad approval among the cantons since the proposal was first floated on in late August.

EXPLAINED: What will Switzerland’s expanded Covid certificate look like?

On Wednesday, September 8th, the government announced the certificate would be required in bars, restaurants, gyms and some private events from Monday, September 13th.

Authorities in Graubünden have gone one step further, saying they support the introduction of a mandatory Covid certificate requirement for public transport and retail stores.

Under Graubünden’s plan, only those who have been vaccinated, tested negative or who have recently recovered from the virus and thereby hold a valid Covid certificate would be able to use public transport or visit retail stores.

While the plan may be a first in Switzerland, similar plans are in development in Germany.

Department of Justice chief Peter Peyer welcomed the tighter federal rules as “a step in the right direction” and “a necessity”, but also said more needed to be done to encourage vaccinations.

“The more people put in the effort and get vaccinated, the less they understand that it is still necessary to wear a mask when traveling by train or running errands.”

Authorities in Graubünden, sometimes known in English as Grisons, said in late August there is no reasonable alternative to an expansion of the Covid certificate to public transport.

Now, on September 9th, they’ve called for the certificate to be required in retail shops, but not in supermarkets.

In addition to requiring it in indoor areas as suggested in the government proposal as well as public transport, the certificate would be mandatory in the workplace.

“There is no alternative to vaccination and testing. Accordingly, the certificate requirement, should it be introduced, should be extended to all possible areas,” the government said in a press release.

It should also be checked for public transport, the world of work and, if the mask requirement is lifted, also for shops.

In justifying its position, the government said it is focused on not letting the hospitals get overcrowded – with one eye on the upcoming winter season.

“In addition, the measures must be sustainable, so that the autumn and winter seasons in particular can be carried out safely,” the statement read.