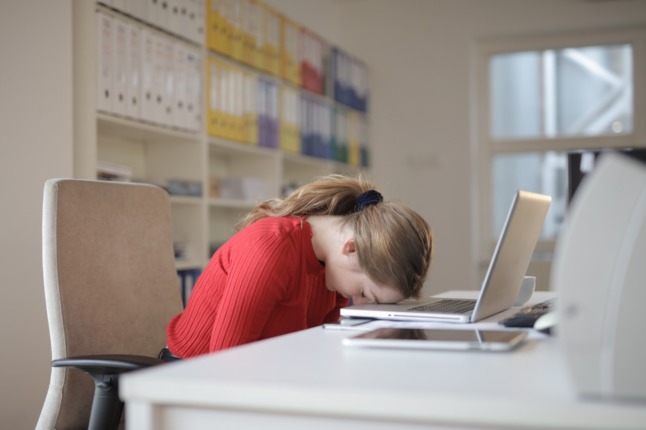 Extended Covid certificate may come into force this week

Health Minister Alain Berset will announce the extension of the certificate on Wednesday, according to media reports.

This move would come after the Federal Council decided last week to delay the requirement to present the immunity pass to gain access to indoor areas of restaurants, bars, clubs, gyms and private parties.

At that  time, the Federal Council opted for a ‘wait-and-see’ approach, hoping that the epidemiological situation in Switzerland would improve enough to make this measure unnecessary.

However, the number of cases has continued to climb in the past few days, and the intensive care units in a number of Swiss hospitals are now filled to capacity.

READ MORE: When will Switzerland decide whether to enforce the Covid certificate in restaurants?

The canton of Bern is debating the possibility of giving vaccinated patients priority access to hospitals.

If the number of beds is limited, hospital officials will have to decide who will be placed in intensive care units and who will be turned away..

Guidelines issued by the Swiss Academy of Medical Sciences on triage of patients state that the highest priority should be given to those who have a good chance of recovering.

“Doctors will then treat first those who have the best chances of survival. It is more likely that they are people who have been vaccinated”, said Bern’s health director Pierre Alain Schnegg.

Lobbyists from various economic sectors have their interests represented in parliamentary committees through paid mandates, according to findings of a Swiss transparency platform Lobbywatch, which requires deputies to declare how much money they earn from lobbyists.

The organisation found that health insurers are the most aggressive in trying to influence lawmakers’ decisions. Lobbywatch found 25 links between these companies and the health commissions of both branches of the legislature.

Some employees of  Swiss Post’s customer service department who work from home have reportedly been taking long breaks or napping during their regular working hours.

“The manager noticed that some employees were locking themselves into the system in phases so that they no longer had to take customer calls” but had “some peace and quiet”, according to spokesperson Denise Birchler.

This is not the only case of employees of a Swiss company found to be breaking the rules while working from home.

Swiss Federal Railways (SBB) recently discovered that many of its employees worked from abroad, including in far-away places such as Vladivostok, a Russian port city on the Sea of Japan.

Apparently, this particular employee “regularly logged into the SBB system and received Swiss wages, while sitting on the other end of the world”. SBB rules require home office workers to be in the same geographical location as the employer.

Swiss GDP grew by 1.8 percent between April and June of this year after contracting 0.4 percent in the first three months of 2021, according to new data from the Federal Statistical Office (FSO).

“Value added grew markedly in the service sector as a result of relaxed Covid measures. Private consumption recovered strongly. Industry also grew, although not as strongly as in previous quarters. In the second quarter, total GDP was only 0.5 percent lower than the pre-crisis level seen in the fourth quarter of 2019”, FSO reported.