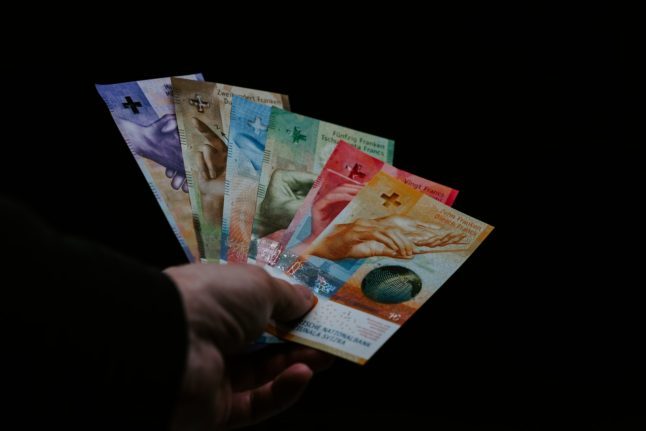 You need much, much more than this to live in Switzerland on a golden visa. Photo by Claudio Schwarz un Unsplash

If you are a citizen of a EU / EFTA state, then you can get either a permit B (resident foreign nationals) or C (settled foreign nationals) relatively hassle-free. That’s because Switzerland has signed the Free Movement of Persons agreement with the EU and EFTA countries, lifting restrictions on citizens of those nations wishing to live or work here.

In fact, out of 2.2 million foreign citizens who live in Switzerland, more than half — 1.4 million — came from the European Union, predominantly from neighbouring nations.

However, things get a lot more complicated for people from outside Europe — the so-called third countries — who want to settle in Switzerland.

Those who want to work are subject to a quota system. Each year, the Federal Council issues a certain number of work permits for non-EU citizens. In 2021 this figure was 8,500.

From this quota, 4,500 people were be granted a residence permit B, and the remaining 4,000 received a short-term residence permit L, entitling them to work in Switzerland for up to one year.

Swiss authorities are a bit more generous toward people from the UK: in 2021, 3,500 work authorisations (in addition to those grated to other third-nation citizens) were reserved especially for UK nationals — 2,100 B permits and 1,400 L permits. If you come from one of these countries you don’t need derogations to settle in Switzerland. Photo by OLIVIER HOSLET / AFP

But what happens if you are a third-country national who doesn’t want to work in Switzerland — just live here?

It depends on how wealthy you are.

As stated above, non-EU / EFTA nationals are subjected to more restrictive rules and regulations than their European counterparts.

However, the Swiss are very pragmatic people, especially when it comes to making money.

A little known (except to the financially astute) and rarely used Article 30 of the Federal Aliens Act sets out derogations from the regular, strict admission requirements.

It enables foreigners from outside Europe to move to Switzerland — but only if they are sufficiently wealthy to live here without having to work or resort to welfare benefits.

The law states that in cases of “important public interests” — that is, plenty of money in state coffers— cantons can grant citizens of third countries permissions to settle on their territories with a B residence permit.

These are the so-called “golden visas”, a term used to describe residency based on investment in local economy.

So what does “sufficiently wealthy” actually mean in Switzerland?

Obviously, the sky’s the limit and the amounts depend on where in the country you want to live. But just as an indication, “buying” your way into the residency permit in Geneva costs roughly 312,522 francs in tax revenue per year, 415,000 in Vaud, and 287,882 in Valais.

Add to this a fee you would have to pay a specialised relocation attorney — reportedly at least 50,000 francs — to negotiate a lump-sum tax agreement for you with authorities of the canton where you would like to live.

One thing to keep in mind is that money alone can’t buy you a golden visa.

The law also stipulates that you “must not pose a threat to public security and order or to Switzerland’s international relations”.

Why do wealthy foreigners want to live in Switzerland?

While it is true that lots of money allows you to live well almost anywhere in the world, The Local previously reported that “well-heeled people want to move away from developing nations to safer and more prosperous locations”.

“Switzerland is the Rolls-Royce of destinations”, said Enzo Caputo, a Zurich lawyer specialising in permits and tax packages.

Who are the golden visa holders in Switzerland?

Every year, around 40 to 50 people get these visas, as reported by TagesAnzeiger, which used the numbers published by the State Secretariat for Migration (SEM)

A total of 352 foreigners with this special permit lived in Switzerland at the beginning of 2021. They came mostly from Russia, Saudi Arabia, the United States and Brazil.

However, people from China are now making up the largest proportion of special-permit foreigners, according to SEM.

A total of 34 Chinese nationals came to settle in Switzerland in the last four years.

“Coincidence or not, this is occurring in parallel with the increasingly totalitarian course of the Beijing regime”, TagesAnzeiger said.

Cantons don’t release the identities of these wealthy foreigners, justifying the lack of information with data protection laws.

What is known about this select group of people is that most of them live in canton Geneva. Next are Ticino, followed by Vaud, Zug and Bern.

READ MORE: EXPLAINED: Everything you need to know about retiring in Switzerland

In its annual ranking of 85 nations, US News & World Report has placed Switzerland in top position, based on 73 different criteria.

While it did not come up tops in all of the categories, Switzerland did sufficiently well in others to get an overall high score, as well as high scores in several individual categories.

There are some of them:

This title may be somewhat misleading, as it could be taken to mean that shops and other businesses are open until late hours.

If this were the case, Switzerland wouldn’t get the maximum score; in fact, it would probably place toward the bottom of the ranking.

Instead, this category means ‘business friendly’— and that Switzerland certainly is.

As the report puts it, “The countries considered the most business-friendly are those that are perceived to best balance stability and expense. These market-oriented countries are a haven for capitalists and corporations”.

In other words, the government has created a good environment for businesses to thrive, by offering, for instance, tax incentives and a skilled labour force.

This is actually a good thing because when businesses do well, so does the entire economy.

The proof that Switzerland excels in this category is that it has “low unemployment, and one of the highest gross domestic products per capita in the world”, the report states.

“This helps explain why the country placed first on the list of nations perceived as a good place to headquarter a corporation, as well as scoring in the top five among best countries for a comfortable retirement, green living and to start a career”.

READ MORE: Switzerland ‘an island of bliss’ compared to US, chief economist says

This term could mean different things to different people. But as defined in the report, “beyond the essential ideas of broad access to food, housing, quality education, health care and employment, quality of life may also include intangibles such as job security, political stability, individual freedom and environmental quality”.

Switzerland certainly offers all four. Unemployment is low, which means there are plenty of job opportunities.

The country is politically stable from within, with well established democratic processes — such as referendums — providing security against abuses of power.

Freedom, including the right to ‘self-determination’, is a constitutional right.

And while ecological concerns related to global warming do exist, the Swiss are good at protecting the nature that surrounds them.

Other quality-of-life categories that weight in Switzerland’s favour include safety, well-developed public education, and a top-notch public health system.

Switzerland has done well across all these categories, but this is no news to anyone who has been following such rankings: the country, or its individual cities, regularly figure among those boasting a high quality of life.

Switzerland does particularly well in some of these categories, and less so in others.

In terms of animal rights, for instance, the country’s legislation is among the toughest in the world: as an example, small domestic animals must be kept in pairs to ensure social interaction, and it is illegal to boil a live lobster.

Another category in which Switzerland succeeds possibly better than other nations is the distribution of political power — under Switzerland’s unique system of direct democracy, people, rather than politicians, hold and wield all the power.

You will find the overall rankings in this link.