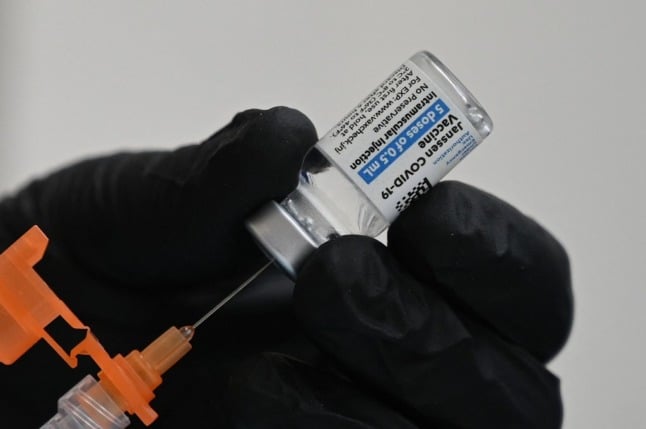 The Federal Council is stepping up negotiations for the purchase of a small quantity of Johnson & Johnson vaccines and is expected to conclude the talks with the US manufacturer, Janssen, shortly, according to a report in Blick.

However, only 150,000 doses will be ordered versus 19.5 million doses of Moderna and Pfizer vaccines purchased by the government to date.

That’s because the new vaccine would be administered only to people who have severe allergies to Moderna and Pfizer, the only vaccines used in Switzerland to date.

READ MORE: What are the most common side effects of the Covid-19 vaccine in Switzerland?

This is what is known about Johnson & Johnson vaccines

The Johnson & Johnson vaccine – known as Janssen – uses a different technology than Moderna and Pfizer. It is based on viral vectors rather than mRNA.

The former uses a disactivated virus to trigger the immune system, while the latter tells the body how to respond to proteins produced by the disease-causing virus.

And unlike Moderna and Pfizer, which both require two injections to achieve immunity, Johnson & Johnson is a single-dose vaccine.

This has made it popular abroad in vaccine campaigns where people may be unlikely or unable to get a second shot, for instance in vaccinating homeless people or by setting up no appointment vaccine clinics.

However, its effectiveness against Covid is lower. Study data shows an average efficacy of 66.9 percent of Janssen vaccines, while it is more than 90 percent for Moderna and Pfizer.

Who will be entitled to get the Johnson & Johnson shot?

The vaccine, which was approved for use in Switzerland in March, will be distributed to cantons, which will administer it to people over the age of 18 who have severe allergies and can’t vaccinated with the mRNA vaccine.

These candidates will have to prove their eligibility — for instance, with a letter from their doctor or other relevant documentation.

People who are truly intolerant to mRNA vaccines are rare, according to the report.

In the canton of Aargau, for instance, which has a population of around 686,000, only around 20 such cases are known.

For the moment, cantons are planning to administer the Johnson & Johnson vaccine in a single establishment on the territory.

However, there are no plans to replace the current mRNA vaccines by viral vector ones like Johnson & Johnson. The government already ordered 7 million doses each of Moderna and Pfizer vaccines for 2022.

An important point: Johnson & Johnson vaccines are approved for use in the European Union, and those who will receive this vaccine in Switzerland will be able to get their Covid certificate.

READ MORE: Canton-by-canton: How visitors can get Switzerland’s Covid certificate