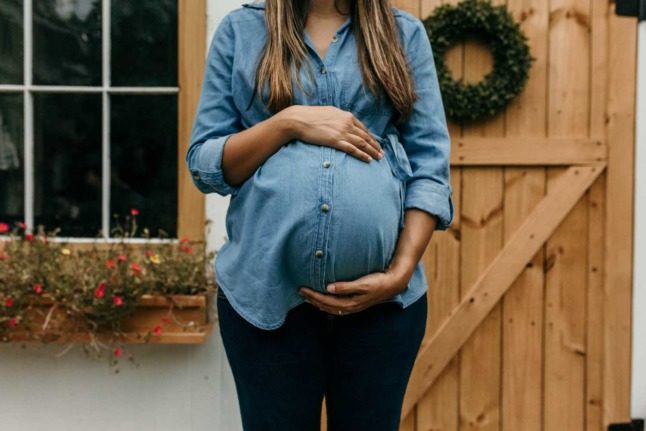 Can pregnant women get vaccinated in Switzerland? Photo: Photo by Camylla Battani on Unsplash

Switzerland has recently updated its recommendation for Covid-19 vaccines for pregnant women.

Many countries across the world have removed medical barriers for pregnant women wanting to get vaccinated against Covid.

However, resistance has been particularly strong in German-speaking countries at least in part due to memories of the Thalidomide/Contergan experience in West Germany in the 1950s, which led to deaths and deformations in babies.

In summer of 2020, the Swiss Federal Office of Public Health (FOPH) said that pregnant women are at a higher risk from coronavirus than women of the same age who are not pregnant, placing them in the official risk group.

Studies have shown that pregnant women are likely to get sicker if they are infected with Covid than non-pregnant people.

According to the Center for Disease Control (CDC) in the United States:

Figures from September 2021 showed that one in five women of childbearing age hospitalised with Covid were pregnant.

Can and should pregnant women get vaccinated in Switzerland?

Initially, the FOPH had excluded pregnant women from the vaccination campaign, arguing that “so far, there are few findings or data on the effects of the COVID-19 vaccination during pregnancy”.

It revised its position on April 14th, possibly in view of international studies that “did not show obvious safety signals among pregnant persons who received mRNA Covid-19 vaccine (i.e. those used in Switzerland)”.

As of mid-September 2021 however, the government formally issued a recommendation that pregnant women get the jab.

Christoph Berger, President of the Federal Commission for Vaccination Issues (Ekif) told the media that women should get vaccinated from 12 weeks on.

“The recommendation has already been made in a similar way in other countries,” said Berger, pointing to the more than 150,000 pregnant women who have been vaccinated in the United States.

Although the Swiss government said there was no evidence to show risk before 12 weeks, they were reluctant to recommend it earlier due to the prevalence of miscarriages and other unforeseen events at this stage in the pregnancy, which may lead to coincidences which might make people question the vaccine.

One patient fell ill with corona in the ninth month of pregnancy and found it difficult to breathe despite an oxygen mask. “We repeatedly have pregnant women or patients after an early delivery due to a Covid infection in the intensive care unit,” said Petra Ming, spokeswoman for the Inselspital. The women would then have to stay for several weeks.

More and more expectant mothers are also being admitted to the Zurich University Hospital.

” So far we have cared for between 15 and 20 pregnant women in the intensive care unit”, according to Romana Brun, senior physician at the USZ’s obstetrics clinic. One patient even had to be connected to the heart-lung machine.