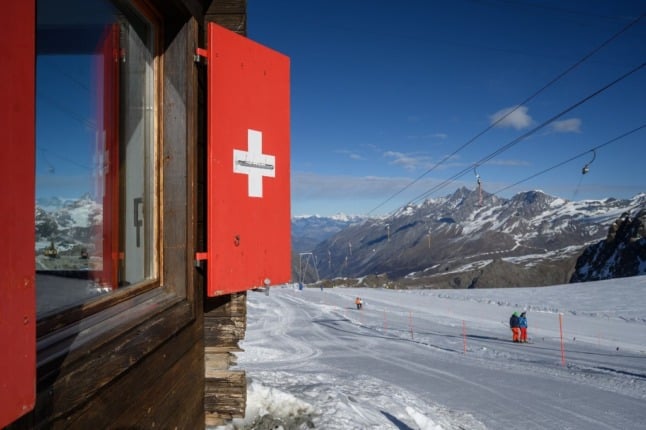 Switzerland is very beautiful but some things — like cleanliness — could take some time to get used to. Photo by Fabrice COFFRINI / AFP

Like every country, Switzerland has some specific laws, both written and unwritten, that many new arrivals —and even some older ones — have a hard time getting used to.

That a small country like Switzerland is multilingual is mind-boggling to many foreigners.

For those not accustomed to Swiss ways, having to juggle all these languages is a major headache, especially when all must be used in certain situations — for official communications, for instance, or on money.

Also, products sold in Switzerland typically are labeled in German, French, and Italian.

And because the country is so compact, you can drive from one linguistic region to another in less than an hour. The only way you will know you reached another language area is by signs on the road.

The fact that Switzerland is expensive, and Zurich and Geneva rank among the world’s costliest cities, is no secret to anyone, but many newcomers still have a sticker shock when coming here. It is likely the most difficult thing for a foreigner to get used to.

Everything from health insurance and housing to food and restaurants, is more expensive in Switzerland than almost anywhere in Europe. Even higher salaries often don’t offset the cost of living.

This chart from the Federal Statistical Office shows how Switzerland’s prices differ from the rest of Europe. To people coming from countries with 24/7 shopping  possibilities, Switzerland may seem backward.

That’s because stores here close at 6:30 pm on most days, in addition to many also shutting during lunch, from 12 to 1:30.

The only shops open later are at railway stations and the ones attached to petrol stations. No wonder they are called “convenience” stores.

By the same token, most retailers (except for the aforementioned locations) are closed all day on Sunday.

This practice is irritating to many foreigners, but the reason behind it is noble: Sunday is traditionally a day of rest and  shop openings would prevent sales personnel from spending time with their friends and family, in other words, have a good work-life balance.

This idea is so entranched in the Swiss psyche, that Sunday shopping is regularly voted on — and rejected — in various cantonal referenda.

And speaking of Sunday…

It is not only a day without shopping, but also without noise. Disturbing your neighbours on this day is a definite no-no.

This doesn’t mean you have to tiptoe around your apartment in socks or talk in whispers — unless your walls are made of paper.

However, your neighbours’ peace and quiet should not be disrupted by a sound of a lawn mower, hedge cutter, or nail being hammered into a wall. Never on Sunday. Photo by Anete Lusina from Pexels

This rule may leave many foreigners perplexed, as in many countries Sunday is the day for gardening and other projects that require the use of tools. Not to mention noisy family gatherings (think Italy).

So foreigners accustomed to disposing of their rubbish in a more random manner have to get used to the Swiss way, that is, not throwing away all their waste in a trash bag without segregating it, as it is an offence in Switzerland.

For instance, mixing PET bottles with tin cans or paper can result in heavy fines, the amount of which is determined by each individual commune.

And yes, municipal workers have the right to go through trash bags to identify garbage offenders, though this is hardly an enviable job.

So you should never, ever throw away your recyclables, including PET bottles, glass, cardboard, paper, tins, aluminum, and batteries, into the trash bag. Instead, they must go into a specially designated collection point in your commune of residence.

The Swiss practically live by their (Swiss) watches, so it is no surprise — except to the foreigners —that the country runs like the proverbial clockwork.

Public transportation is on time, and if it is four minutes late, apologies are offered over the PA system on platforms — in three languages. Always on time…Photo by Marius Mann on Pexels

In 2019, an expansion of the Deutsche Bahn lines into Switzerland met some objection because the Swiss were concerned those tardy Germans would mess up their intricate transport systems.

Not only that, but tardiness is often seen as a sign of disrespect and lack of responsibility.

As noted by BBC Travel correspondent Eric Weiner, the Swiss not only want to be on time, but they take pleasure in being punctual. “The Swiss derive genuine joy from the fact that life unfolds on time and in a highly efficient manner.”

So punctuality is something that many internationals should get used to in Switzerland, especially if they come from countries where a timetable is just a loose indication, and not a rule.

Despite a common wisdom that says Swiss streets are so clean you could eat off them, this is not recommended.

But there is no denying that Switzerland is very clean, especially in comparison to other countries (which shall remain unnamed) where the only time streets are cleaned is when a strong wind sweeps all the trash to one side.

Sometimes, when people come from those other (unnamed) countries, they tend to throw a cigarette butt or another piece of trash on the sidewalk or from an opened car window.

So for them, getting used to Switzerland’s cleanliness may take some time.