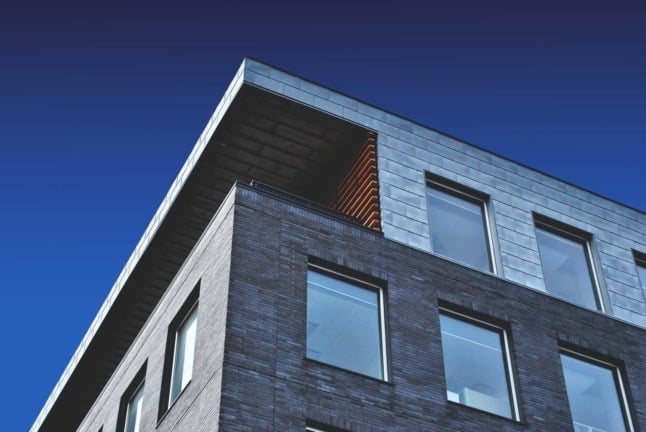 Switzerland has an extensive set of rules in place to restrict foreigners from owning property, although it is possible to buy a house in Switzerland in certain circumstances. Here's what you need to know. Photo by Étienne Beauregard-Riverin on Unsplash

The Lex Koller rules place restrictions, among other laws, on foreigners buying homes in Switzerland.

Please keep in mind that this is a broad guide. With Switzerland’s federal system, cantons and municipalities have a lot of discretion – which can mean the rules are dramatically different in different areas.

Swiss citizens can buy homes in Switzerland. The main factor in whether or not a foreigner can buy a home will be whether they live in Switzerland or not, although those who do not live here are not completely restricted.

As Switzerland is not a member of the EU, less weight is given to whether someone is an EU citizen or not.

That said, it is infinitely easier for EU citizens to live in Switzerland, so they have a much better chance of satisfying the residency requirement.

Can foreigners buy homes in Switzerland?

One important consideration is whether a person is a Swiss citizen/resident or not.

If you are living in Switzerland as an EU/EFTA citizen or have a C permit, you can purchase property – indeed you have the same rights as Swiss citizens when it comes to purchasing property.

You do not need a permit or any additional permissions that a Swiss citizen would not require to purchase property.

What about ‘third-country nationals’ who live in Switzerland?

OK, so you might not be an EU/EFTA citizen, but you live in Switzerland from a non-EU country – making you a ‘third-country national’.

If you have legal residency here (i.e. a B permit), you can buy property in Switzerland – provided you plan to live in the property (i.e. an owner-occupied flat/condominium, build on land which you own or a move into a family house).

According to Swiss government information, in order to satisfy the residency requirement this will usually be a B Permit for foreign nationals.

You will also need to continue living in the residence for the time you live in Switzerland. If you are building on land you own, you will need to do so within a year of purchasing the land.

More information on that is available at the following link.

As for second homes, while residency will be taken into account, it is not the only factor.

What are the rules for buying holiday homes in Switzerland?

Swiss nationals and residents are by and large not restricted from buying a second home in Switzerland as the Lex Koller rules (see below) do not apply to them.

The rules for buying a second home or holiday home are remarkably complex and are a product of successive efforts to prevent too many houses being owned by people from abroad.

That said, it is still possible to buy a second home in Switzerland under certain conditions.

The first and most important legal framework for second home owners is the Lex Koller rule.

Passed in 1961 and subsequently amended a dozen times, Lex Koller basically means that non-resident foreigners can only buy homes – including second homes – under certain circumstances or based on a permit.

Put simply, this basically means that if you are not a resident or a citizen, you will need to get permission from the canton or municipality in order to buy.

However, several cantons are exempt from this requirement.

There are rules on what kind of holiday homes can be bought though. The homes need to be under 200 square metres* and the plot itself must be less than 1,000 metres.

*The 200 square metres includes all rooms, kitchen, bathrooms etc, but does not include stairwells, basements, balconies and other areas.

What about holiday homes?

The process has also been made more difficult due to the second homes ordinance – known as the “Stop the endless construction of second homes” ordinance – which passed in 2013.

Pursuant to this ordinance, municipalities which have more than 20 percent second homes (of their entire housing stock), can only approve the construction of second homes under certain conditions.

There are also annual restrictions at a national level. Only 1,500 holiday apartments can be sold to non-Swiss nationals.

This is imposed on a cantonal basis, meaning that larger cantons have more than 300 homes per year while smaller cantons can have as few as 20. Zermatt in Switzerland is one of the most scenic places in the world. Photo by Morgan Thompson on Unsplash

What about non-residential property?

Keep in mind that this all relates to homes for the purpose of residence, rather than commercial properties (which includes serviced apartments and hotels) or places with other economic use.

Generally speaking foreigners are not restricted from acquiring commercial real estate provided it is non-residential, although the legal situation is a little shaky.

The Legal Affairs Committee of the Swiss National Council recently banned the purchase of commercial real estate in Switzerland by foreign nationals in some cases.

What rights do I get as a second home owner in Switzerland?

Unfortunately for non-citizens and non-residents, buying a home does not generally confer any additional rights with regard to residency.

This is emphatically ruled out by the Swiss government.

“Owning real estate in Switzerland does not confer any entitlement to a residence permit,” says the official guidance.

If you are an EU citizen, then you will be able to live in Switzerland under freedom of movement rules.

If you are not then you will usually only be able to spend time in Switzerland under the 90/180 rule.

This means that you can spend a maximum of 90 days in Switzerland out of 180 consecutive days, provided you have a visa to do so (i.e. a tourist visa).

Please note: This report is done up as a guide only and should not take the place of legal advice. 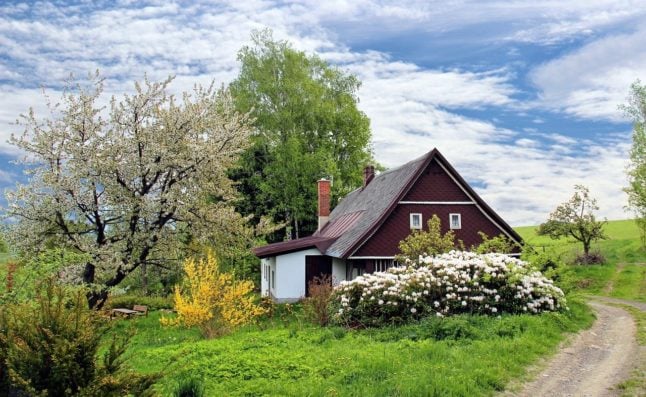 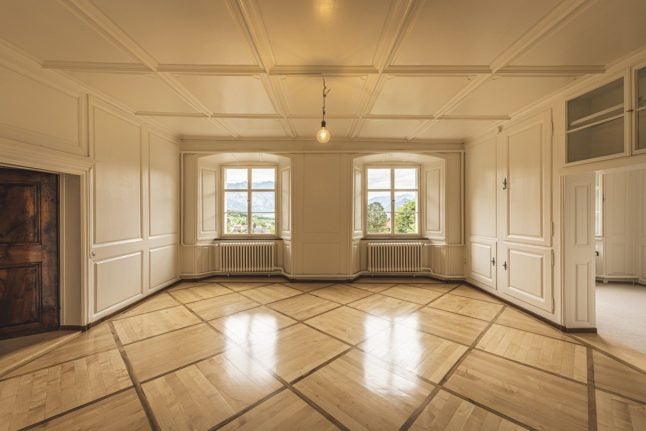 The most important condition for being able to obtain a Swiss mortgage is your residency status. So the question should be not whether you qualify for a mortgage but, rather, if you can purchase property in Switzerland in the first place.

Logically, if you are allowed to buy a house or an apartment in Switzerland, then you can apply for a mortgage as well.

Who can and can’t buy a house / get a mortgage?

A citizen of an EU / EFTA state can freely purchase real estate (home or land) in Switzerland. This applies to both primary residence and holiday homes.

The same is true for third-country citizens, say US or UK nationals, who have a valid permanent residency B or C status — there are no restrictions placed on them either.

However, rules are in place for people from outside Europe who don’t have either of the two above-mentioned residency permits.
They will need a permission to purchase housing in Switzerland — a measure intended to prevent Swiss properties from falling into foreign hands.

Additionally, they can only buy a house which will be used as the primary residence — this means that they can’t buy it as an investment and rent it out.

And if you are a cross-border worker in Switzerland (G permit), you can buy a second home in the vicinity of your  place of employment without authorisation. However, you are not allowed to rent out this property for as as long as you work in the region as a cross-border commuter.

Conditions are even stricter if you a foreigner living abroad — rules for such purchases are set out in a law called Lex Koller and are quite complex.

Where can you ask for authorisation to buy a house?

If you are among those who need a special permission to own a house, you should apply for permission to cantonal authorities in the municipality where the property located.

Page 13 of this PDF document indicates contact addresses for each canton.  Officials will indicate what paperwork you need to submit for consideration of your case.

Needless to say, if your application is rejected, you will not be given a mortgage either.

If it is approved, then you can apply in pretty much the same way as Swiss citizens do, though you will be asked to provide additional documents, such as your work / residency permit, for example, along with the canton’s authorisation.

From then on, it is up to you and your financial abilities to choose the mortgage that suits you best from among several types available in Switzerland, such as SARON and LIBOR mortages, which are detailed here:

EXPLAINED: What is Switzerland’s ‘SARON’ mortgage? 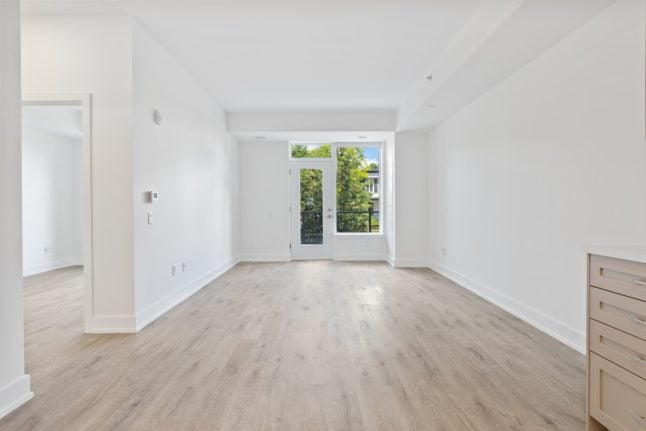