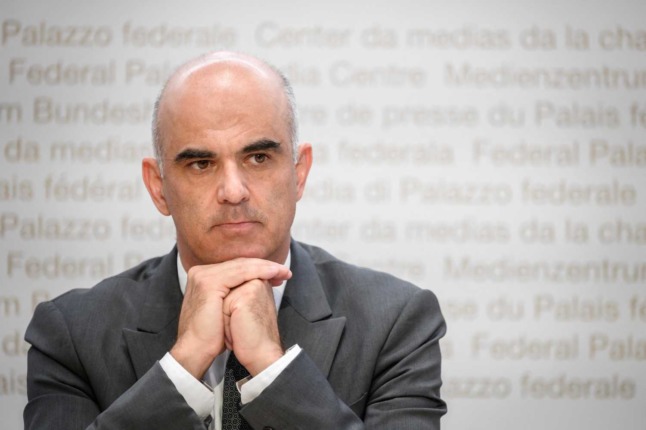 Switzerland will not be offering a 50 franc bonus for the vaccinated, after the cantons opposed the idea. FABRICE COFFRINI / AFP

On October 1st, Switzerland had announced the bonus would be coming into effect to boost the country’s lagging vaccination rate.

The offer had been put out to the cantons for consultation.

On Wednesday, October 13th, the cantons emphatically said no to the idea.

Swiss Health Minister Alain Berset – who was one of the architects of the idea – said the rejection of the bonus was “unsurprising”.

Instead, Switzerland will launch a national vaccination offensive – the centrepiece of which will be a vaccination week in November – to help the country catch up.

The offensive will be centred around an information drive, with “advice by means of group discussions, personal or telephone contacts or via the individual chat function in social media”.

Cantonal authorities were worried the bonus would anger those who had already been vaccinated, or discourage some from getting vaccinated until a later date in hope of more bonuses.

What was Switzerland’s bonus scheme?

The bonuses were not to be paid to those who got vaccinated, but instead to “vaccine influencers”.

Anyone who got vaccinated would be able to nominate someone who encouraged them to get the jab, who would then get a 50-franc voucher from the government.

Though the exact nature of these vouchers was not defined, “we can imagine they could be used in local businesses. But it will be up to cantons to set the details”, Berset said when making the announcement.

The 50-franc bonus scheme was set to cost the country 150 million francs, although Berset said this was a drop in the ocean compared to the 50 million franc weekly cost of the country’s free testing scheme, which was scrapped on October 10th.