Whatever country you grew up in, you probably had an image of Switzerland which at least in part turned out to be false once you came here. Here are some of the most common misconceptions about this country and its people.

Switzerland lends itself to lots of clichés, many of which are indeed true (think chocolate, cheese, watches, cows and punctuality).

But when it comes to certain stereotypes and widely held beliefs, they are as full of holes as… Emmental.

When I was growing up in the USA, I once heard someone say that, aside from being clean enough to eat off of, Zurich’s Bahnhofstrasse is paved with gold.

Imagine my surprise when I first came to Switzerland many moons ago and discovered no gold underfoot - let alone anything you'd want to eat off, on or near.

To this day I meet people who believe a number of things about Switzerland — the kind of things that would make the Swiss shudder and roll their eyes.

You can hide your money in anonymous Swiss bank accounts

This belief comes from Hollywood movies where each villain has a secret account and a vault in a Zurich bank (undoubtedly on a street paved with gold).

In fact, anonymous accounts are a thing of the past, ever since Switzerland passed a series of laws in the last two decades making money laundering illegal, requiring any suspicious deposits be reported to the authorities, and basically laying the notion of banking secrecy to rest.

In fact, if you are a foreigner - particularly an American - it might in fact be difficult to get a Swiss bank account at all. 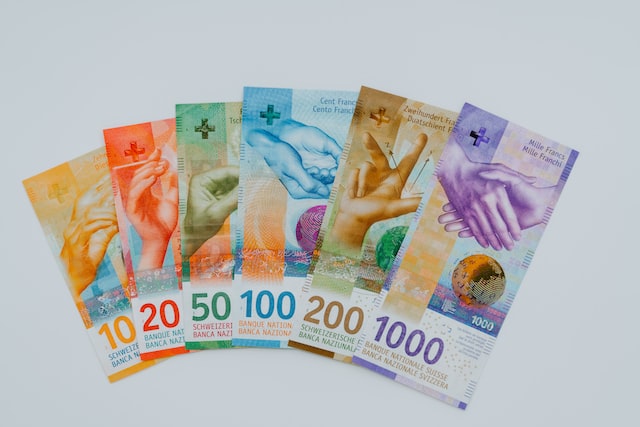 Photo by Claudio Schwarz on Unsplash

Heidi is a (stereo)typical Swiss girl

While the 19th – century novel was written by a Swiss author Johanna Spyri, and her fictional heroine Heidi lived in the Swiss Alps, the orphaned girl was born in Frankfurt.

So the quintessential "Swiss" girl was actually an immigrant, way before Switzerland had become home to approximately 2.1 million foreign nationals — many of them from Germany.

You're also very unlikely to meet anyone named Heidi in Switzerland, no matter how much yodelling you plan on doing.

READ MORE: What are the most popular names for adults in Switzerland?

All the cuckoo clocks come from Switzerland

Just as Heidi was German, so are the cuckoo clocks that originally came from the Black Forest in Germany.

OK, but those Swiss do love their lederhosen…

Quite a few foreigners associate lederhosen with Switzerland.

Maybe it’s because they confuse Switzerland with Austria (the two countries do look alike, especially in the dark), but lederhosen is not a Swiss garb.

They are, however, worn by men in Austria and in the Bavaria region of Germany.

Swiss-German men prefer not to be typecast as lederhosen wearers, preferring to make a fashion statement of their own by wearing socks with their sandals.

The Swiss are serious, staid and humourless

This image probably comes from the same source as the tidbit about anonymous bank accounts — Hollywood (not surprisingly many of those sedate individuals featured in movies are Swiss bankers who, because of the heavy secrets they carry, must be tight-lipped, and tight-lipped people can’t smile).

Some Swiss people, and not just bankers, are likely unfunny. But as The Local reported in an article earlier this year, there really is such a thing as a Swiss joke and Swiss people love to laugh at their own expense.

In fact, they can laugh all the way to the bank.

Swiss babies are born with skis on their feet

This is another stereotype that is far from truth.

It’s true that Switzerland is a nation of avid skiers. Kids are put on skis even before they learn to walk properly, fearlessly dashing down snowy slopes sucking on their dummies.

But not everyone skis. Some people, like me, want to keep all their limbs intact, yet others, like me, hate the white, slippery stuff that covers the ground in winter.

It’s like — literally and figuratively — skating on thin ice.

Covid-19: What will the ski season look like in Switzerland this year? 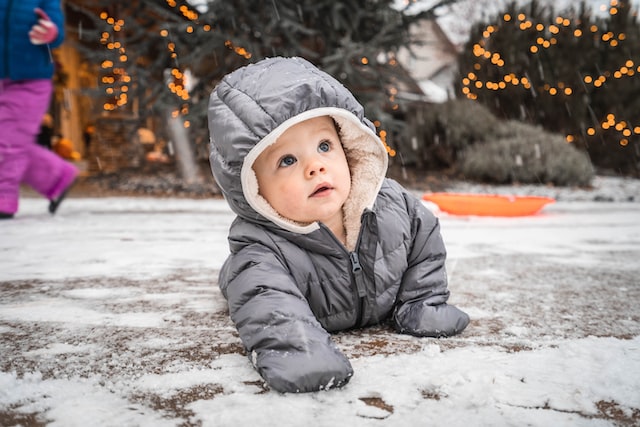 Not every person in Switzerland is brought up skiing. Photo by Jimmy Conover on Unsplash

Each soldier carries an army knife

Some might, but there is no evidence, either scientific or anecdotal, that troops actually carry those handy little gadgets in their pockets — although there is a joke about it that goes like this: Two members of the Swiss army got into a knife fight…then a corkscrew fight, then a tweezer fight, then a bottle opener fight…

All Swiss are wealthy

Just because there are plenty of banks and tight-lipped bankers, doesn't mean everyone is rich.

Given the high cost of living here, it would be nice if all residents of Switzerland lived up to their stereotypical image of wealth. However, 6.6 percent of the population lives under the poverty line, according to some studies.

These statistics may be misleading because Swiss "poverty line" is well above that of other countries' and a big chunk of the population enjoys a higher standard of living than most other nations.

So the stereotype of "wealthy Swiss" is true to some extent, but not totally.

READ MORE: 16 things that only happen in Switzerland

Swiss food is bland and uninteresting

There is a common saying which goes "only boring people get bored" and so the same goes for Swiss food.

If you believe Swiss food has no ‘kick’ to it, just try Cenovis.

This brown sandwich paste made of yeast, invented in 1931 in the canton of Aargau, is so salty, it can only be eaten when a thick layer of butter is spread on a slice of bread.

For those who have never tried it, according to the bastion of knowledge that is Wikipedia, Cenovis “is similar to English Marmite, Brazilian Cenovit, and Australian Vegemite”.

The Swiss do however value practicality, efficiency and cost effectiveness in their cuisine - which perhaps explains why it took the Swiss to invent instant coffee.