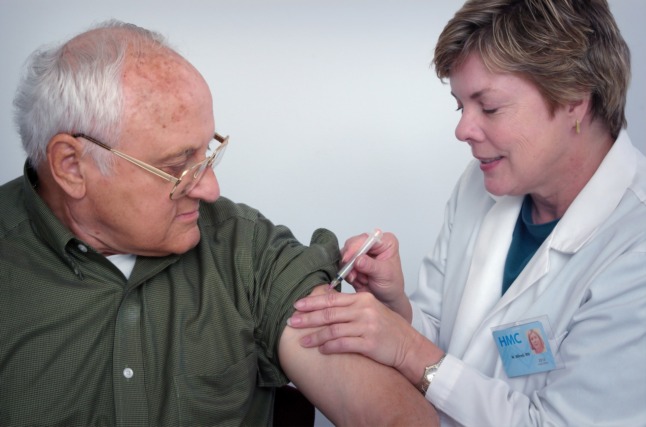 Vast majority of elderly people in Switzerland are vaccinated. Photo by CDC on Unsplash

“At the end of October, the virus killed twice as many people vaccinated as unvaccinated”: a statistic which has been circulating on social networks intends to prove that the vaccine against Covid is ineffective.

This claim is indeed scary and can put into question the validity of the immunisation campaign.

These figures, however, are taken out of context.

Comparing death rates between vaccinated and unvaccinated individuals based on raw numbers alone is misleading. That’s because these are different-sized groups and include people of different ages and health status.

To depict an accurate picture of the situation, the proportion of Covid-related deaths in each group, not just overall numbers, must be compared.

So what about the argument that the virus killed twice as many vaccinated people in Switzerland — a claim which “spread like wildfire” on social media, according to 20 Minutes news site.

But these numbers don’t make much sense per se, as the proportion of vaccinated people is significantly higher than that of unvaccinated: nearly 65 percent versus roughly 35 percent, according to data from the Federal Office of Public Health (FOPH).

So taking proportionality into account, 24 people out of approximately 5.6 million (again, based on FOPH figures) is far fewer than 22 people out of roughly 3 million who have not had their shots.

This FOPH chart shows that death rates are indeed higher among the unvaccinated than those who have had both or even one dose of the vaccine. Additionally, there is another metric at play here: age.

The highest number of deaths have been among people over 80, nearly 90 percent of whom were vaccinated.

“There have been, in terms of absolute numbers, more vaccine deaths in this age group in recent weeks”,  FOPH spokesperson Daniel Dauwalder said in an interview with 20 Minutes.

However, the 10 percent who were not vaccinated represent around 50 percent of deaths in this age group.

The reason for high mortality rate among the elderly, Dauwalder said, is that vaccine protection is declining faster in people over 75, as they were the first to be inoculated nearly a year ago; vaccine’s protection is believed to last at least 12 months, but may wane quicker in the elderly, “especially those with chronic illnesses”.

Health authorities are hoping to remedy this situation by administering booster vaccines, with priority given to people over the age of 65 and those suffering from chronic health conditions.

Boosters are expected to be made available to general public in the coming days.

READ MORE: Switzerland set to approve booster shots for all amid surge in infections