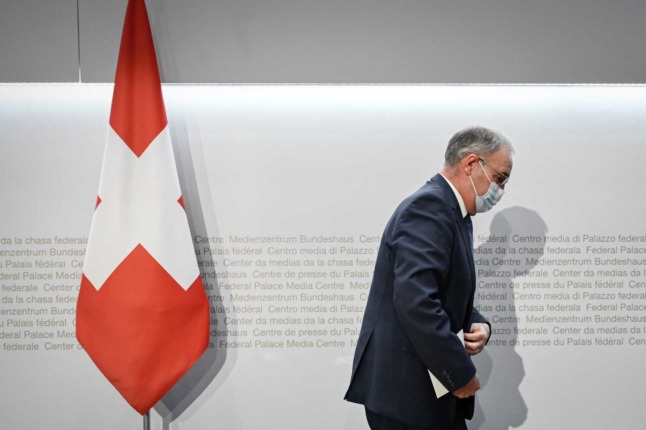 On the basis of current trends, Sunday’s referendum on Switzerland’s Covid measures, including the Covid certificate, might attract the most voters for any such vote in Swiss history.

Based on early voting, Sunday’s referendum is set for a 75 percent turnout rate – which would be just a few percentage points lower than the highest mark ever for a referendum in Swiss history.

The record is 78.7 percent for the referendum on European Economic Area membership in 1992.

Just one other referendum has attracted more than 70 percent of the population – a 1974 vote on restricting foreign immigration.

On average, referendums attract a turnout of around 46 percent in Switzerland, according to information from the Federal Statistical Office.

Some regions of Switzerland have already crossed this mark based purely on pre-voting alone.

Stephan Wenger, who runs the electoral office in the canton of St Gallen, told Switzerland’s Tagesanzeiger newspaper the country was already on course for one of the highest ever turnouts, which could cross the highest ever mark with a strong in-person vote on Sunday.

“If we extrapolate the votes cast today of 46.8 percent, we come to over 75 percent”, Wenger said.

Recent polls indicate around two thirds of the Swiss public intend to vote in support of the current measures and the Covid certificate, although some have suggested Switzerland may be delaying new measures due to concerns about a protest vote.

Political scientist Michael Hermann said the high turnout did not indicate an early advantage for one side or the other, given that the issue was likely to motivate each group.

“The effects of the pandemic affect us all directly”, Hermann said.

The in-person component of the vote will take place this Sunday, alongside a vote on whether to further support nursing and healthcare in Switzerland.