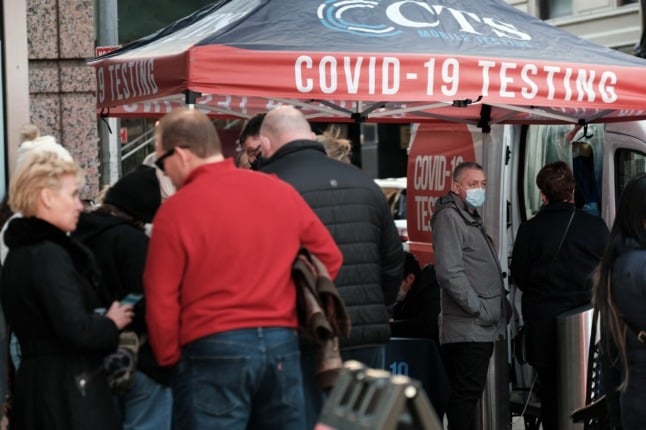 Most Covid tests will not be free in Switzerland. Photo by Spencer Platt / Getty Images / AFP

On December 2nd, Switzerland’s National Council, the lower house of parliament, voted to make coronavirus tests free for everyone in Switzerland.

Now, the Council of States, the country’s upper house, voted to allow the government to provide for “exceptions to the assumption of costs” of some tests, including PCR and serological screening not ordered by the canton.

Currently, cantonal health authorities can order individuals to be tested if there is suspicion of infection or exposure to contaminated person(s), which in effect means that tests are free only for people with symptoms of the virus.

In effect, this new proposal means there is greater leeway to the Federal Council to set exceptions as to which tests will have their costs covered.

Which tests look set to be covered?

This means that only antigen tests, valid for 24 hours since December 6th, as well as pooled PCR tests — individual saliva samples mixed together with others — would be free of charge.

Tests for people with Covid symptoms will also remain free.

On the other hand, you will have to pay for PCR tests needed for international travel — both going abroad and coming back to Switzerland.

It is now up to the Federal Council to decide which, if any, tests will be free and which ones will have to be paid for by the individuals.

Right now, it looks unlikely that all the tests will be cost-free.

Health Minister Alain Berset is opposed to free tests for the entire population, explaining that “this decision would limit the Federal Council and the cantons in the development of the testing strategy”.

Above all,  “the costs of individual PCR tests for asymptomatic people have never been covered by the government anyway and doing so now would add considerable costs as well as lead to an overload of the capacities of the laboratories”, he added.

A decision will be made in the coming days on which tests will become free in Switzerland.