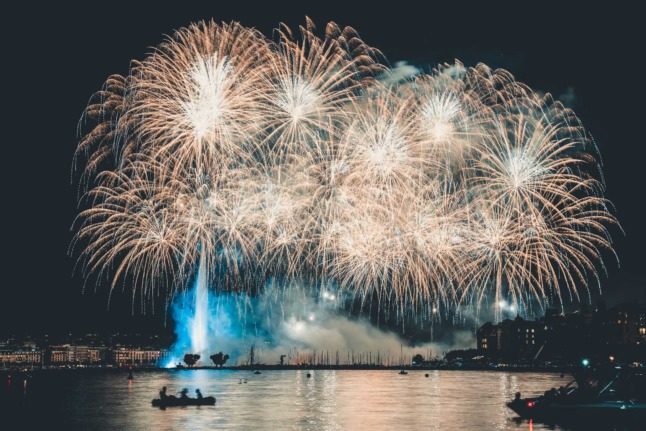 Fireworks displays will be largely restricted in Switzerland this year. Photo by rene torres on Unsplash

For the second year in a row, Covid-19 is thrown New Year’s celebrations into a flux.

While tighter rules have applied in private gatherings since December 20th, outdoor celebrations have also been cutback or cancelled outright.

Neighbouring Germany has also banned the sale of fireworks for the second year in a row ahead of the new year period.

Where have fireworks been cancelled in Switzerland?

Fireworks displays in Zurich, Basel, Interlaken, Brunnen, Ascona, Rheinfelden and Lucerne have been cancelled for the upcoming New Years celebrations due to Covid.

Authorities in Zurich have promised some buildings will be lit up, while Interlaken has also promised a small ceremony without fireworks.

I love fireworks. Is there anywhere in Switzerland that will light up this year?

As the bans have come through on a cantonal basis, some parts of the country will still hold fireworks displays.

Each celebration will also include food and drink options.

Can I buy fireworks in Switzerland?

One possibility is to set off your own fireworks. While Germany has restricted fireworks ahead of New Year celebrations, Switzerland has not done the same.

The purchase of fireworks in Switzerland is heavily regulated but not restricted, while cantons have the power to ban or allow fireworks.

As it stands, cantons have declined to put in place widespread bans on the use of fireworks, although the federal limits on gatherings must be respected.