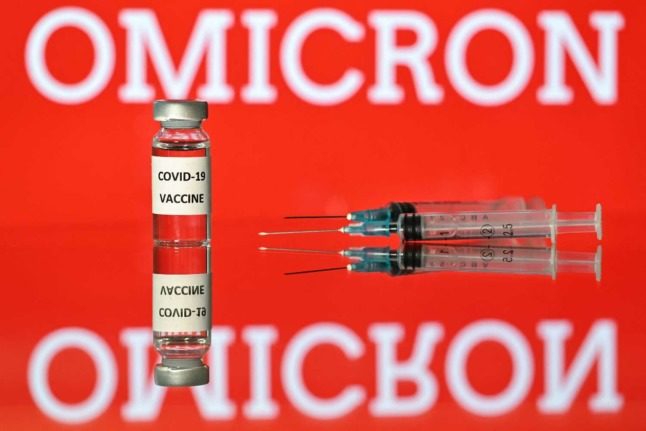 “We are perhaps on the eve of a turning point which could be decisive in passing from a pandemic to an endemic phase,” with high levels of immunity in the population, Health Minister Alain Berset told a news conference.

“We don’t know, but Omicron could be the beginning of the end of this pandemic.”

Switzerland is facing its fifth wave of cases, though hospitals are not yet overwhelmed. Government experts say the Omicron variant of concern now accounts for 90 percent of all infections.

“Omicron is very contagious, less dangerous, but that is no reason to let our guard down. Nor is it a reason to become alarmist,” said Berset.

The government decided to cut isolation times for people with Covid from 10 days to five, as long as the individual concerned has been symptom-free for 48 hours.

Quarantine for contacts of cases is also slashed to five days and only applies to close contacts — while people who had their last vaccine dose or recovered from Covid-19 within the last four months are exempted.

“However, the situation remains fragile. We have a rise in infections which will lead to an increase in hospitalisations, as we can see in other countries,” Berset said.

On December 17, the government restricted entry to certain indoor venues like bars and restaurants only to those vaccinated or recovered, limited the size of gatherings, widened mask use and issued a requirement to work from home.

The measures have now been extended until the end of March.

And from February 1, the validity of vaccination certificates will be reduced from 365 to 270 days to keep in line with the surrounding European Union.

Sixty-eight percent of the Swiss population are fully vaccinated and 32 percent have had a booster dose.

The wealthy Alpine nation of 8.6 million people has recorded nearly 1.6 million cases and more than 12,000 deaths during the pandemic.