BA.2 has yet to be designated a variant of concern -- but Flahault says countries have to be alert to the latest development as scientists ramp up surveillance. Photo: Damien Meyer/AFP

The initial Omicron variant has become the dominant virus strain in recent months but British health authorities have notably identified hundreds of cases of the latest version, dubbed BA.2, while international data suggest it could spread relatively quickly.

The UK Health Security Agency (UKHSA) identified more than 400 cases in Britain in the first ten days of this month and has indicated the latest variant has been detected in some 40 other countries, accounting for a majority of most recent cases in some nations including India, Denmark and Sweden.

The UKHSA indicated Friday it had designated the BA.2 sub-lineage as a variant under investigation (VUI) as cases of it were on the increase even if, in Britain, the BA.1 lineage currently remains dominant.

The authority underlined that “there is still uncertainty around the significance of the changes to the viral genome,” which required surveillance as, in parallel, cases in recent days showed a sharp rise in BA.2 incidence notably in India and Denmark.

“What surprised us is the rapidity with which this sub-variant, which has been circulating to a great extent in Asia, has taken hold in Denmark,” French epidemiologist Antoine Flahault told AFP.

Scientists must evaluate how the virus, which has engendered the worst global health crisis in a century, continues to evolve and mutate. Its latest incarnation does not possess the specific mutation used to track and compare BA.1 against Delta, the previously dominant strain.

BA.2 has yet to be designated a variant of concern — but Flahault says countries have to be alert to the latest development as scientists ramp up surveillance.

“(France) expected a spike in contaminations in mid-January: It didn’t happen and perhaps that is due to this sub-variant, which seems very transmissible but not more virulent” than BA.1, he observed.

“What interests us is if this (sub-variant) possesses different characteristics” from BA.1 in terms of contagiousness and severity, France’s public health agency said Friday.

To date, only a handful of BA.2 cases have emerged in France — but the country is monitoring developments as they spread across the Channel.

Flahault, director of the University of Geneva’s Institute of Global Health, says the watchword is not panic but “vigilance” as “for now we have the impression (BA.2 case) severity is comparable to” classic variant Omicron cases.

“But there are numerous questions on the table” and a need to monitor properties of the new variant on the block.

“Very early observations from India and Denmark suggest there is no dramatic difference in severity compared to BA.1,” tweeted Tom Peacock, a virologist at Imperial College, London, adding the latest variant should not call into question the effectiveness of existing vaccines.

Peacock stressed that “we do not currently have a strong handle on … how much more transmissibility BA.2 might have over BA.1. However, we can make some guesses/early observations.”

He added that “there is likely to be minimal differences in vaccine effectiveness against BA.1 and BA.2. Personally, I’m not sure BA.2 is going to have a substantial impact on the current Omicron wave of the pandemic.

“Several countries are near, or even past the peak of BA.1 waves. I would be very surprised if BA.2 caused a second wave at this point. Even with slightly higher transmissibility this absolutely is not a Delta-Omicron change and instead is likely to be slower and more subtle,” he forecast.

French Health Minister Olivier Veran said Thursday that BA.2 did not look as if it would prove a game-changer as variants appear on the scene “fairly regularly”. But he indicated he would reserve judgment.

“What we know for now is that (BA.2) more or less corresponds to the characteristics that we know of Omicron” mark one. 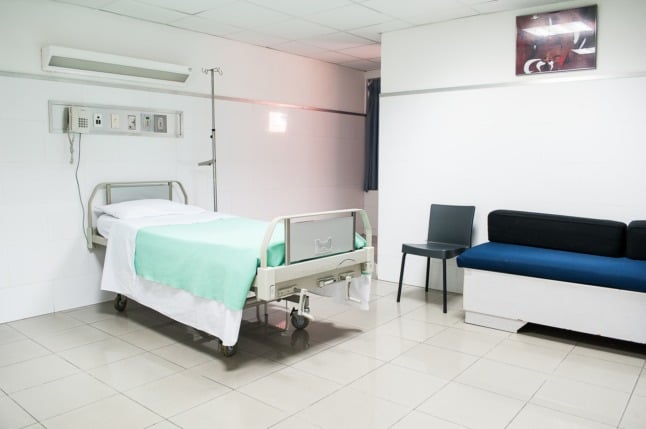 COVID-19 STATS
‘Too early to celebrate’: How Omicron is still holding Switzerland in its grip

COVID-19 STATS
Why Europe could be headed for pandemic ‘endgame’

There is still space in Swiss ICUs at the moment. Photo by Martha Dominguez de Gouveia on Unsplash

On Wednesday, Switzerland reached a new record in terms of coronavirus cases: 43,199 new infections were reported. There are now 4,821.80 contaminations per 100,000 people — the highest number ever recorded.

“The increase is exponential”, said Urs Karrer, vice-president of the Covid-19 Task Force.

And even though Virginie Masserey, head of the infection control unit at the Federal Department of Public Health (FOPH) said “we can be reasonably optimistic”, others, like Patrick Mathys, FOPH’s chief of crisis management warned that “it is too early to celebrate” pandemic’s end, as Omicron continues to spread rapidly across the country.

Where are the current Covid hotspots?

While in the fall most pockets of infections were found in the eastern and central parts of Switzerland, they have since migrated west, now affecting mostly French-speaking cantons. READ MORE: Covid: One in ten Swiss infected in past week

On the other hand, there is some positive news regarding hospitalisations: the number of Covid patients admitted to intensive care units has been stable and even dropping “due to the growing immunity of the population and the lower virulence of Omicron”, according to Karrer.

As at January 25, 215 ICU beds are occupied by coronavirus patients — 32 less than the previous week. Virtually all patients admitted to Swiss healthcare facilities have contracted the more virulent Delta variant which, though less prevalent than Omicron, is still spreading in Switzerland among the unvaccinated.

As in previous weeks, the vast majority of patients are unvaccinated. The number of deaths is also dropping due to vaccinations, according to FOPH.

What do health experts say about the possible evolution of the epidemiological situation?

A number of health officials believe that pandemic is winding down.

Marcel Tanner, an epidemiologist at University of Basel, said that the situation should stabilise in the summer and generalised rules such face masks and the Covid certificate mandate will no longer be necessary “if we continue to get vaccinated and get booster doses”.

Other experts also say that with more people contracting Omicron, the level of immunity is growing within the population, signalling the pandemic’s end.

READ MORE: Covid-19: What will summer 2022 look like in Switzerland?

However, a new development to contend with on the epidemiological front is the recent appearance of the Omicron sub-variant,  the so-called BA.2.

This sub-type is already present in Switzerland, although still rare, as opposed to the main Omicron variant, which now accounts for nearly 94 percent of all Covid cases.

“This makes Omicron even more mysterious. To date, we cannot explain this atypical development”, said Richard Neher, who researches viruses at University of Basel.

A return to square one of the global health crisis is unlikely, Neher said, but “it is too early to speak of an endemic situation as the proportion of unimmunised people  is still too high in Switzerland.

And it can’t be excluded that Omicron evolves again — producing more mutations — or  that a variant like Delta regains strength, Neher pointed out. 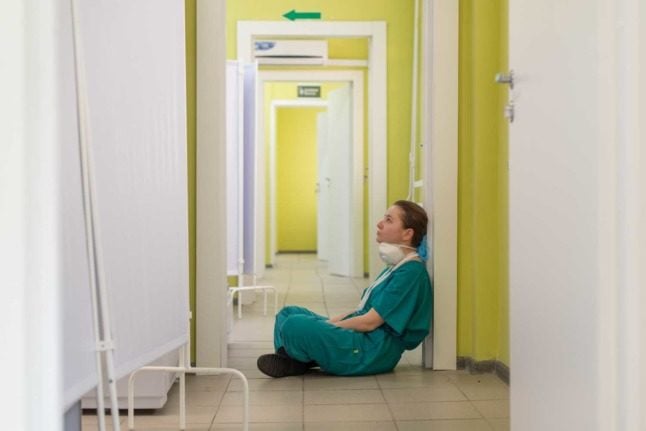 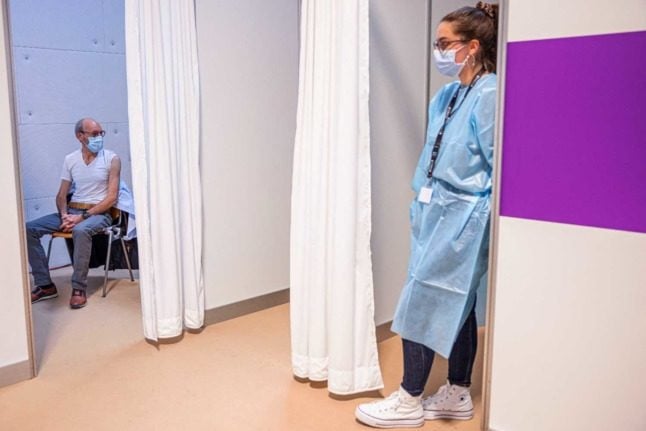 COVID-19
Covid in Switzerland: How common are hospitalisations and deaths among the boosted?
Url copied to clipboard!