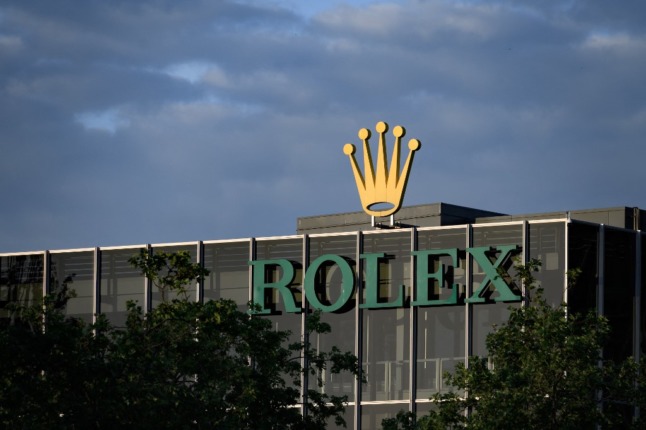 This picture taken on May 9, 2020 at sunrise in Geneva shows a sign of the Swiss luxury watch manufacturer Rolex above above a factory. (Photo by Fabrice COFFRINI / AFP)

Compared to 2020, exports were up 31.2 percent, the Federal Office for Customs and Border Security said, in a separate statement.

Feeling the shock of the Covid-19 pandemic, Swiss watch exports plunged in April and May 2020 in the face of the tourism freeze and store closures.

They ended the year down 21.8 percent. The only good news was in China, where sales shifted to local boutiques. But watch exports rebounded in 2021, first to the United States and then to the Gulf countries.

Swiss watch exports to the United States rose by 54.9 percent last year compared to 2020, according to the industry federation.

They also increased by 23.9 percent to China; 36.5 percent to Singapore and 31.2 percent to the United Arab Emirates.

However, exports were still below their pre-pandemic levels in historically-important export markets such as Hong Kong, Japan, Britain and France.