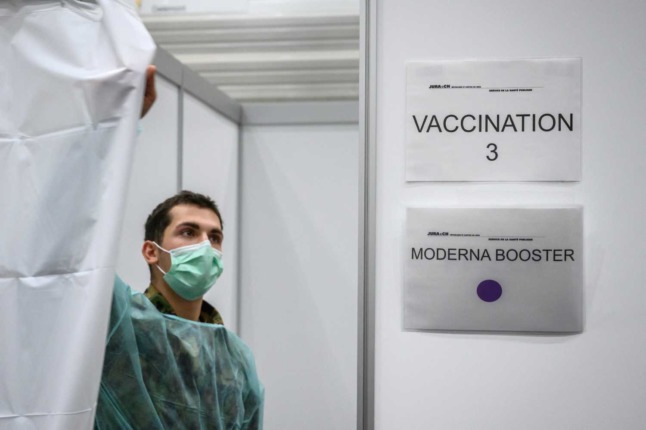 The popular initiative “For freedom and physical integrity” has been approved by Swiss authorities and will be brought to the ballot box.

The Federal Chancellery approved the signatures on Friday, although the date for the vote has not yet been set.

The validation of the vote was the next step in seeing it hit the ballot boxes, after advocates collected 125,000 signatures — 25,000 more than needed to bring an issue to a nationwide vote – in December.

Launched by the Swiss Freedom Movement (MLS), the initiative calls for each individual to have the right to decide what should or shouldn’t be injected or implanted in their body.

While the initiative was inspired by the Covid pandemic, the text would expressly prevent all forms of mandatory vaccination, not just efforts related to Covid-19.

The text also specifies that “the person concerned must not be punished for having refused to give his consent, nor suffer social or professional disadvantages”.

Current law on epidemics allows cantons to enforce compulsory vaccinations only “for groups at risk, for particularly exposed persons and for persons carrying out certain activities, provided that a serious danger is established”.

The law also grants the federal government the power to impose vaccination in consultation with the cantons. But at the same time, legislation also specifies that no one can be forced to get immunised against their will.

While advocates of the vote acknowledge that compulsory vaccination is unlikely, they want to prevent any “vaccination requirements which are introduced through the back door”.

Austria has made Covid vaccinations compulsory, with hefty fines to be handed down for those who refuse.

Germany is also set to hold a parliamentary vote on whether to make vaccinations mandatory, with new Chancellor Olaf Scholz in favour of such a move.

Health Minister Alain Berset has repeatedly said that no one in Switzerland can be vaccinated against their will.

‘Justified by public interest’: How Switzerland could make vaccines compulsory