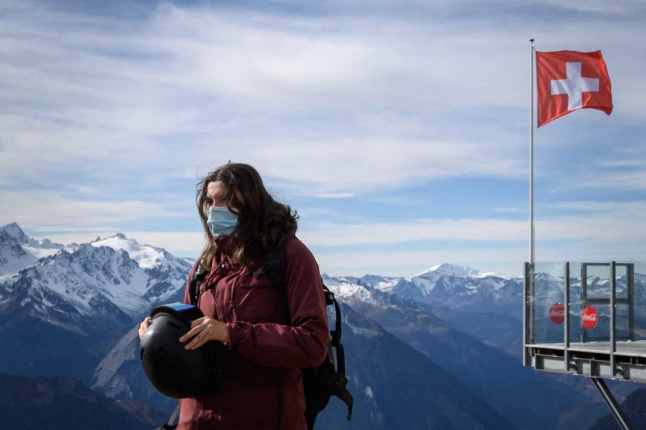 On Wednesday, February 2nd, Switzerland is expected to confirm quarantine rules and the working from home obligation will be relaxed.

On the same day, the government will meet to discuss a further relaxation of Covid measures which could include no longer requiring Covid certificates in cafes and restaurants.

According to a report in Switzerland’s SonntagsZeitung newspaper from Sunday, January 30th, which the newspaper said is based on information received from federal authorities, the Covid certificate requirement in indoor venues like cafes and restaurants, as well as other places and events where it is currently compulsory, would be relaxed from February 16th.

The limit on the number of participants in private settings would also be lifted on that day, according to the report. Only the masks and testing of symptomatic people would reportedly remain compulsory under the plan.

These changes are set to be announced on February 2nd, SonntagsZeitung said, and would be implemented two weeks later, after a consultation with cantons.

One aspect that will remain in place regardless however is rules for masks in indoor and busy areas.

Masks are one of the cheapest and most effective ways of preventing the spread of the virus, which has seen them become an essential tool in the arsenal of public health authorities across the globe.

Currently, masks are required in indoor areas of shops, supermarkets, bars, restaurants and other event venues, while they are also required in public transport and the workplace.

Masks are also required in publicly accessible areas outdoor, such as train station platforms and at sports events.

When will Switzerland relax mask rules?

As yet, no concrete date for relaxing mask rules has been laid out.

In Denmark and Great Britain however, mask rules have already been phased out.

“If things go well, the mask requirement could be completely eliminated at the beginning of March,” Steffen told Swiss tabloid Blick on Tuesday.

Steffen recommended first relaxing mask rules at work, before moving on to areas where it is more difficult to avoid each other, like public transport.

University of Zurich Department of Public and Global Health boss Jan Fehr said it is a question of when, not if, that mask mandates are wound back – but said the decision should not be taken lightly, particularly if it resulted in needing to reintroduce the requirement.

“You shouldn’t turn too many ‘adjusting screws’ at the same time,” Fehr said, referring to the other planned relaxation of measures in February.

“As many (people) as possible must have basic immune protection against the corona virus before the mask can be largely dispensed with.”