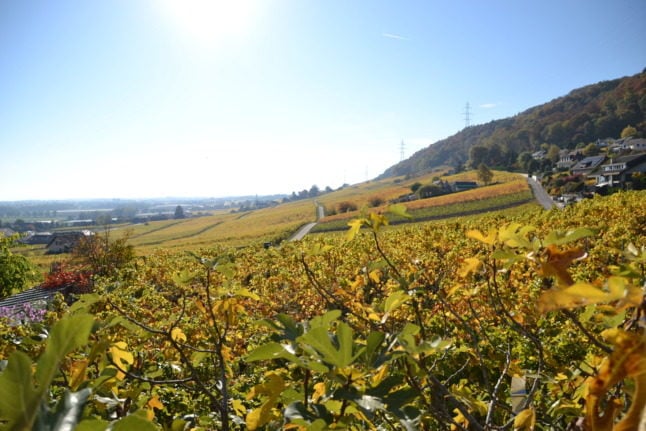 The landscape surrounding the Swiss village of Bursins.

Starting today, Switzerland is lifting the obligation to work from home, as well as the quarantine requirement for close contacts of infected people.

The government eased these measures despite soaring infection rates because hospitalisations and ICU admissions remain low, which experts believe is due to the less virulent nature of the Omicron variant.

However, according to Patrick Mathys, head of the crisis management section at the Federal Office of Public Health, an overload of Switzerland’s healthcare system “is not completely excluded, even if Omicron is less dangerous than previous variants.

He also warned that the peak of the Omicron wave has not yet been reached and a rapid relaxation of the main measures could cause infections to rise again.

National alarm system to be tested

Don’t be scared if you hear a loud siren this afternoon.

The general alarm signal will be tested nationwide at 1:30 pm.

This is somewhat of a Swiss tradition as this test is carried out each year on the first Wednesday in February. The cantons will also broadcast a notification on the Alertswiss channels.

The signal – a steady oscillating siren lasting one minute – is intended  to alert the population of an impending emergency or disaster.

According to Federal Office for Civil Protection, “The general public is not required to respond in a particular way or take protective measures, but is simply requested in advance to excuse the inconvenience caused by the noise of the sirens”.

As winter holidays are beginning in various cantons and more people will be heading for the mountains in coming weeks, some users have had problems with their SwissPass.

The red, credit-card sized pass can be used not only to purchase public transportation tickets, but also as a ski pass. However, a number of skiers have reported that they got stranded at ski lift turnstiles, as their SwissPass cards were not recognised by the system.

According to Alliance Swisspass spokesperson Thomas Ammann, up to 4,000 customers have been inconvenienced so far by the technical problems with the card.

Two villages join the ranks of Switzerland’s most beautiful locations

Two new members have joined the circle of the most beautiful villages in Switzerland: Grüningen, in the Zurich Oberland region and Bursins, a wine-growing hamlet in Vaud.

The two were added to the existing roster by the  “The most beautiful villages in Switzerland” association.

Grüningen has earned its place among the best of the best because it is a “charming countryside village, with three museums, the botanical garden (unique in its kind) and the varied natural landscape”.

As for Bursins, “the quiet wine-growing village is surrounded by beautiful vineyards and offers magnificent views over Lake Geneva.

You can find out more about the association and some of its villages here:

Switzerland’s ten most beautiful villages you have to visit