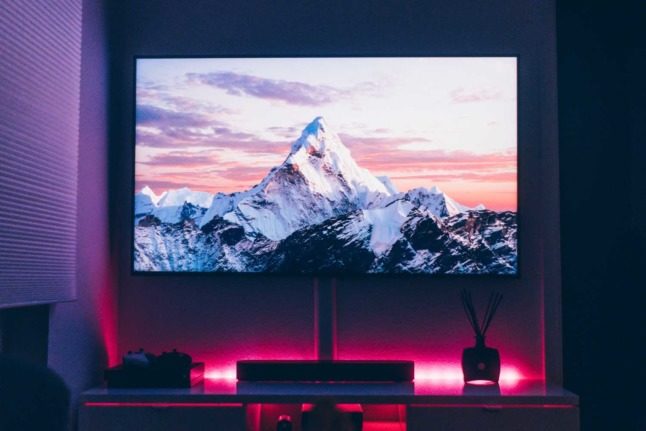 A person watches images of the alps on TV. Photo by Jan Böttinger on Unsplash

If you like to record your favourite TV shows to watch them later, you will have to pay a fee to do so.

Television providers such as Swisscom, Sunrise UPC, and others will impose taxes from May on anyone who watches a programme on replay.

That’s because  when a show is recorded, people often fast-forward to skip advertisements.

This poses problems for television channels, which are seeing their advertising revenues drop.

So making customers pay for using the replay function is a way to be compensated for the lost income.

The cost has not yet been set by all the operators, but as an example, access provider Init7 in Winterthur now charges 11 francs per month for the replay function.

Each station has indicated it will develop its own set of price proposals for how covering the costs will be integrated into the new framework.

Those who do not wish to pay an additional fee will not have to do so, although they will likely lose some or all of the replay/fast-forward functionality.

“There will probably be more expensive premium offers that include unrestricted Replay TV. In the middle price segment, time-shifted television should still be available, but with the fixed advertising.”