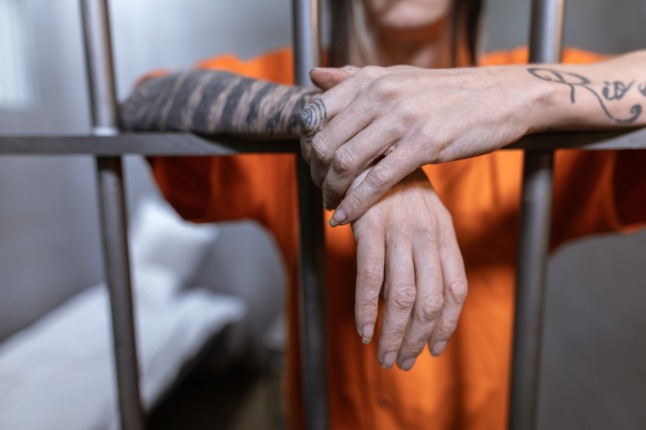 Conditions for fake prisoners in Zurich jail will be “as close as possible to reality”. Photo by RODNAE Productions from Pexels

Digital version of SwissPass for children is now available, but parents are not happy

The paper version of a railway Junior card and the Accompanied Child card allowing children aged six to 16 to travel for free on public transport if accompanied by an adult is now available only in a digital form for new customers.

For existing clients, the change will be effective from April 1st.

However, many parents are complaining that new digital cards are not practical because they will no longer be available in duplicate, the way paper  tickets were, which allowed both parents to carry a copy.

But the new SwissPass “always stays with the child”, the SBB said.

As some parents have pointed out, many young children don’t have their own wallet, let alone a mobile phone on which the SwissPass could be deposited digitally.

Swiss government paid out 206 billion francs in social benefits during the year 2020, an increase of 20.4 billion compared with 2019, according to new data released by the Federal Statistics Office (FSO).

This rise was mainly due to unemployment benefits, including reduced working hours compensation and COVID-19 compensation for loss of earnings.

In international comparison of 20 countries, Switzerland is in the seventh place in terms of the amount of payouts. However, it is above its neighbours Austria, Italy, Germany and France, all of which paid less. 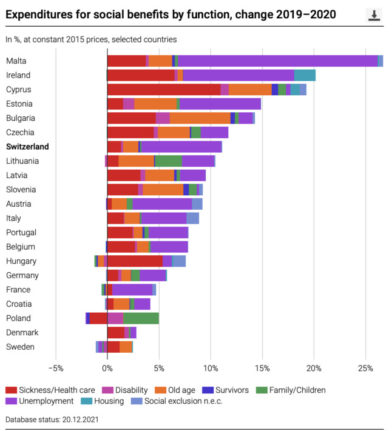 Over 800 Zurich residents volunteer to try out new jail

As we wrote recently, the new Zurich West prison has put out a call for local volunteers to spend several nights in the 241-place jail to test it out before it accepts actual prisoners.

So far, 832 people who presumably have nothing more pressing to do have volunteered to be imprisoned. Because, why not?

The dress rehearsal, as it were, will take place between March 24th and 27th in conditions that will  be “as close as possible to reality”.

This means participants must hand in their mobile phones and other devices at the entrance. On the other hand, the body search will be carried out only on those who consent. In addition, a keyword will be agreed upon, with which the fake convicts will be able to signal that they have had enough of isolation.(We are guessing it will be “Lass mich hier raus”, which means “Let me out of  here).

The selection process of candidates is about to begin, though “there probably won’t be room for everyone,” in the new prison, said a spokesperson the Department of Execution of Sentences and Reinstatement.

US biotech company Novavax has submitted an application for approval of its Nuvaxovid vaccine with the regulatory agency Swissmedic.

“This is the first protein-based vaccine for which an authorisation application has been submitted in Switzerland”, Swissmedic said.

The vaccine was already approved for use in the EU, which means the Swiss agency will be able to take the review by the European Medicines Agency (EMA) under consideration in its own authorisation process.

However, the documentation submitted to Swissmedic must be identical to that on which EMA based its approval.