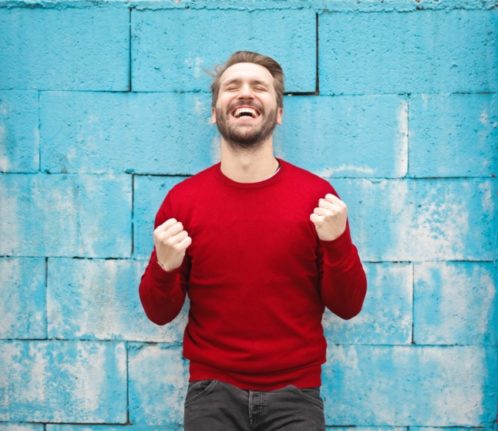 YES! The lifting of measures in Switzerland is a source of joy for many. Photo by bruce mars on Unsplash

Federal authorities on Wednesday scrapped most pandemic rules that have been in force in one form or another since March 2020.

Q&A: Everything you need to know about Switzerland relaxing Covid measures

This includes the following:

“Today, we can see that the positive dynamic continues and the overload of hospitals seems unlikely because the immunity of the population is now very high”, Health Minister Alain Berset said during the press conference announcing the lifting of measures.

You can see the details of the announcement here.

Now that almost all the restrictions fell, what’s next for Switzerland?

Just because the rules have been lifted doesn’t mean the virus that has wreaked havoc for two years, infected nearly 2.7 million people in Switzerland, killed 12,591, and kept the healthcare system on high alert, poses no more risks.

Even Berset conceded that “the virus will not go away. It is unclear what impact it will have on society in the coming months”.

“It’s not over. The virus is still circulating widely throughout the world and is likely to generate new variants”, Didier Trono, infection specialist at the Federal Institute of Technology in Lausanne (EPFL) , said in an interview with Watson.

“We have no idea what can happen in the future, so we must remain vigilant and make sure we don’t find ourselves in the same situation as last winter”, he added, referring to the second wave of pandemic to hit Switzerland after a lull during summer months.

What will Switzerland have to do to prevent massive resurgence of the pandemic?

Watching the evolution closely, rather than just throwing caution to the winds, is crucial, specialists say, as vigilance should allow scientists to tailor booster vaccinations to potentially problematic variants.

These are some of the measures Swiss epidemiologists and other health experts say are absolutely essential in keeping coronavirus and its various mutations from causing new major outbreaks.

“This a proven system that’s been around for decades. The detection of the coronavirus has been integrated into it”, said Philippe Eggimann, president of the medical society of French-speaking Switzerland.

Sentinella must, however, be reinforced and expanded, both in terms of the number of  specialists in the network and the volume of situation reports it produces, Eggimann pointed out.

“We must continue to test symptomatic people to know what proportion of the population is infected”, Trono said.

Another important monitoring tool is continued sequencing of circulating viruses, he noted. This process involves laboratory analysis of the samples taken from positive people to determine the variant that infected them.

“It is extremely important to do this in order to know if a new variant against which we are not immune arises”, he noted.

For his part, Eggimann calls for better international cooperation among laboratories. “We must institutionalise the sharing of knowledge, as it is the best way to detect early the appearance of a variant or a wave.”

According to Trono, “we do not know the duration or the spectrum of the protection offered by the vaccine and the infection”.

To find out the level of ‘herd’ immunity in Switzerland, he recommends testing blood from a sample of the population in order to measure the levels of neutralising antibodies against the different variants in circulation.

“It is something that we have done at times since the start of the pandemic, but it should be systematised”, Trono said.

All these measures are critical in keeping a close eye on the virus. “The infrastructure and the know-how are there, what is missing are the financial means”, Eggimann noted. “But it is infinitely cheaper than another confinement”.

What about people at risk?

“The lifting of measures is a relief for many, but it can create anxiety and insecurity for others”, Berset pointed out.

He was referring to vulnerable people with chronic illnesses or weakened immunity systems, who have a higher risk of being infected with Covid and developing complications.

According to the Federal Office of Public Health, around 621,000 people under 65 are considered “at risk”. When those over the age of 65 are added, the number is exponentially higher.

Their concerns relate primarily to the end of the mask-wearing obligation.

“As long as the number of cases remains so high, the mask should be maintained,” said Cancer League spokesperson Stefanie de Borba.

How can the most vulnerable be protected?

“Wearing a mask makes sense even for those who are healthy and this would help also those who need extra protection”, according to Britta Maurer, director of the Rheumatology and Immunology Clinic at the Inselspital in Bern.

But, she added “let’s not expect too much from those who are healthy”.

Sociologist Joël Berger confirms that the kind of solidarity that was observed during initial stages of the pandemic will not be easy to replicate now and it is unlikely that people will continue to wear masks if it is no longer compulsory.

“Cooperation exists when a personal concern is at stake. When it comes to protecting strangers, on the other hand, the commitment is likely to decline rapidly”, he said.

READ MORE: How Swiss airports are preparing for a return to pre-pandemic tourism 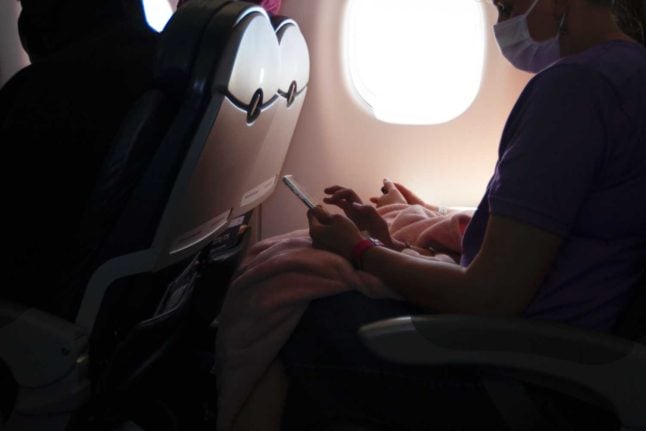