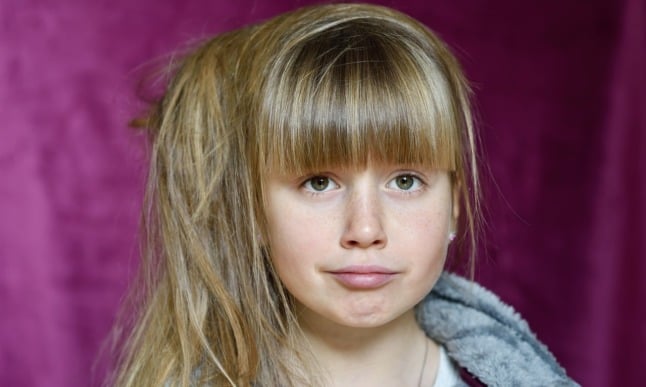 If you’ve been in Germany long enough you will probably have noticed how some names are used pejoratively to mean a variety of things that have generally negative associations. In some instances, the name simply means ‘idiot,’ in others it is a suffix or prefix to a negative word.

The mildest form of these examples are the ones given to young children. Often these are used endearingly.

If a child squirms around too much he is a ‘Zappelphilipp’. Or if he doesn’t look where he is going he is a ‘Hanns Guck-in-die-Luft’.

These two descriptions have their roots in a collection of poems by the writer Heinrich Hoffmann in the mid-19th century.

Hanns Guck-in-die-Luft spent his life staring into the sky, leading to a collision with a dog and an inadvertent trip into the river. “Wenn der Hanns zur Schule ging/ Stets sein Blick am Himmel hing/ Nach den Dächern, Wolken, Schwalben/ Schaut er aufwärts, allenthalben.” (When Hanns went to school/ he always looked into the sky/ to the roofs, clouds and swallows/ he looks up on all sides).

Zappelphilipp meanwhile was a fidgety boy who angered his father by being incapable of sitting still at the dinner table. In the poem, he fidgets and squirms so much that he ends up falling backwards from his chair. In the same moment he grabs the tablecloth and pulls the entire contents of the meal over himself.

Another variation of the name-as-suffix insult is a ‘Mecker-Fritze’. Meckern means to complain and this insult is used about someone who constantly moans.

There are actually a whole host of variations on using Fritz as a suffix. A ‘Werbefritze’ is some bigshot in the advertising business. An ‘Ökofritze’ is someone who’s just a bit too into their organic food.

Fritz appears to be used because it is such a generic German name. It is essentially a proxy for an everyman. The same is often done with the name Heini (short for Heinrich). For example, calling someone a ‘Prozinzheini’ is a way of saying they are a hick from the backend of nowhere.

And then there is the name Horst, which exists in a category of olf fashioned names that are used as direct insults. “Du Vollhorst!” means “you total idiot.” It’s quite a cruel way of telling someone they’re stupid – especially if their name actually happens to be Horst. The names Otto and Hans are often used in a similar way.

“These names are associated with the countryside and less educated classes by the urban people who use them,” Gabriela Rodriguez, an expert on names at Leipzig University, told Deutschlandfunk radio.

It is probably not a coincidence that many of these same names, which once were some of the most popular in the country, have now fallen out of fashion.

According to Knud Bielefeld, Germany’s foremost name researcher, Hanns was the most popular baby name up until the middle of the 20th century but has since crashed down to place 563 on the list.

Fritz, Heinrich and Horst suffered a similar collapse in popularity in the second half of the century. Phillip’s popularity lasted into the 21st century but its downfall over the past two decades has also been spectacular.

The good news, according to Rodriguez, is that “the name bearers have fewer problems with it than the people who find it offensive.” 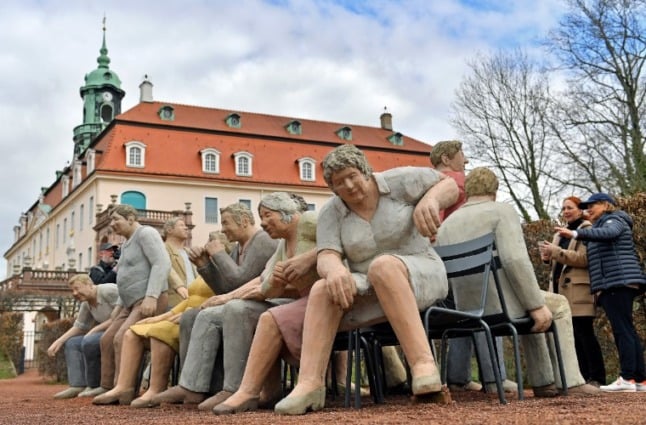 If you have been invited to a children’s birthday party in Germany or other German-speaking countries you’ve probably been invited to join in on a game of Reise nach Jerusalem, the German equivalent of musical chairs.

The rules are exactly the same as in other countries: the game starts with the same number of chairs as players, but each time the music stops there is one less chair and the player who fails to find a seat is out.

According to the Jüdische Allgemeine newspaper, the origin of the name is something of a mystery, but it could come from the early migration of Jews to Palestine. The theory is that there were never enough seats on the boat, meaning some travellers were left standing.

There is even speculation that the name dates back to the crusades, when Christian soldiers would travel to war in the holy land and never return.

What makes the origin even more murky though is the fact that Austrians call it Reise nach Rom – Trip to Rome.

There are various rule adaptations that you may come across in Germany – each with their own unusual name.

Reise nach Jericho is a co-operative game – all the players need to find space on the ever smaller number of seats, either by sitting on one another’s knees or finding other ingenious ways of sharing the dwindling resources.

In Reise nach Bilbao, an extra seat is added in each round. The players need to find ways of occupying all the seats by lying across them or stacking up the chairs.

Interestingly the game has strange names in other countries too. In Sweden it is called Stormy Seas, Romanians call it “the chick is looking for its nest” …and in Jerusalem?

In Hebrew it is simply called “kisaot musikaliim”, which means musical chairs.

SEE ALSO: 12 ways to improve your life in Germany without even trying