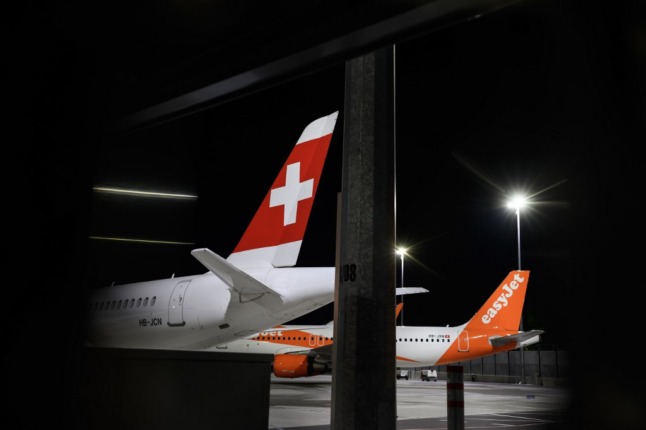 Up, up and away: Air travel is picking up in Switzerland. Photo by Fabrice COFFRINI / AFP

All SWISS flights to and from Ukraine will be canceled from Monday February 21st until, and including, February 28th, 2022, an airline spokesperson told the Keystone news agency.

The flights will resume after this date if the political situation allows it.

“The safety of passengers and crew members is the absolute priority at all times,” the spokesperson said.

New phenomenon: coronaskeptics  in Switzerland refuse to pay their taxes

The cantonal tax offices are faced with an ever-growing number of unvaccinated people who refuse to pay their 2021 taxes, arguing they have been excluded from public life for not having a Covid certificate.

However, being a coronaskeptic (or any other skeptic, for that matter) is not a justifiable reason for evading taxes, authorities say.

If their tax declaration will not be received in due time (usually by March 31), they receive two reminders, followed by fines. The amounts differ from one canton to another, but are usually several hundred francs for the first offence.

However, according to a new report by the Federal Commission for Migration, out of some 25,000 people in this category, only 1,847 received their Swiss passports at the end of 2020.

That’s because far from being easier, access to Swiss nationality for this population group is unreasonably bureaucratic, the report notes, as in many cases proof required for this process to be successful is difficult to obtain.

Foreign holiday bookings have exploded in Switzerland since the lifting of health restrictions last week.

For the past 10 days, tourism professionals have been facing exceptional demand and are expecting a much better year 2022 than those that preceded the pandemic.

This craze already has a name: “revenge travel” .

Airlines in Switzerland are also seeing an increase in bookings — for instance, on Easyjet, ticket sales went up by more than 35 percent last week.

SWISS, for its part, is planning to expand its services this summer by 80 percent, compared to the pre-pandemic levels.

In yet another example of how much pricier Switzerland is, a standard subscription to the streaming service here costs “significantly more” than in many other countries.

A comparison of annual Netflix subscription rates by Blick, reveals that while this service costs 226.80 francs per year in Switzerland, it is available for 163.20 francs in Germany, Italy and France; 130.80 in Norway; and 176.40 francs in the United States.

“In Switzerland, Netflix therefore costs around 70 percent more than in Norway, and compared to our German-speaking neighbors we still pay around 40 percent more”,  Blick concluded.

And as though this isn’t bad enough, here’s what’s next…